by Kate Roessler, Institute for the Theory and Practice of International Relations |  December 19, 2012 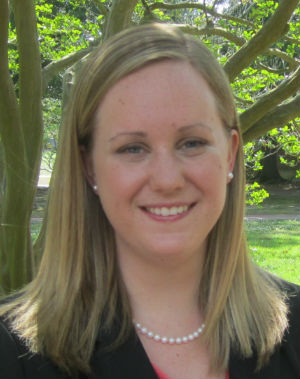 Pehrsson's article asserts that the current U.S. policy to offer unconditional assistance to its allies in the reduction of cyber crime has disincentivized some states from prioritizing cybersecurity and put financial strain on Washington. To encourage vulnerable states to prioritize cybersecurity, Pehrsson argues that, "NATO should create and administer an international Cyber Grade Framework (CGF). The primary purpose ... is to help establish and implement rigorous international cybersecurity standards to hinder the operation of cyber crime and 'hacktivist' groups, while more efficiently using current U.S. aid to produce greater cyber resiliency amongstits allies."

The article was based on a policy brief that Pehrsson wrote in early 2012 as a fellow at the PIPS undergraduate think tank. PIPS is housed at the Institute for the Theory and Practice of International Relations at W&M and was founded on the idea that undergraduates, when guided by faculty and members of the policy community, can make original and meaningful contributions to national security debates. Toward that end, fellows consult with leading international relations scholars and policy practitioners to identify important international security challenges and then spend the academic year writing briefs that provide creative and carefully researched policy recommendations.

"Cybersecurity initially interested me because it increasingly plays a key role in nearly alllevels of government operations, yet cyber policy is largely undeveloped," said Pehrsson. "Most countries, including the United States, are trying to design policies quickly to incorporate cyber concerns into policy for the military, economy, and day-to-day operations...The current state of cyber policy, however, permits the existence of a large number of vulnerabilities. This situation creates an opportunity for truly innovative policy as the United States grapples with the legal, technological, and operational implications of the cyber domain."

"Emily's work on developing a new strategy for combatting cybercrime is original and important--precisely the kind of innovative thinking that PIPS was created to encourage," said PIPS co-director, Professor Amy Oakes. "I am delighted that a wider audience within the policymaking community will be introduced to her great ideas as a result of this article."

Pehrsson received the Winston Churchill Award for the best PIPS policy brief of 2012 and calls the program an integral part of her W&M experience. "PIPS taught me to apply the skills developed in a liberal arts education, namely critical thinking and writing capability, to solve real-world security challenges," she said. "As a research fellow, I was expected to make an original contribution to the debate on cybersecurity policy. In the process, I learned how to effectively consult with experts in the field, including policy analysts, government officials and CEOs."

After spending a year entrenched in the intricacies of cybersecurity, Pehrsson's interest in the subject has not waned.

"I am intrigued by the legal questions that cybersecurity poses for U.S. policy, so in the long term I would like to integrate my interests in law and cyber tostrengthen existing laws dealing with the cyber domain."

The article will also appear in the November/December 2012 print edition of the Diplomatic Courier.