The Department of Art and Art History’s Andrews Gallery will host Arm’s Length Intimacy from Jan. 24 through Feb 19. It will feature paintings by Assistant Professor of Art and Art History John Lee at the free gallery, which is located in Andrews Hall. Lee’s still life paintings and self-portraits will be among the offerings. A reception, free and open to the public, will be held on Jan. 24 from 4:30 p.m. to 6 p.m. in Andrews Gallery. 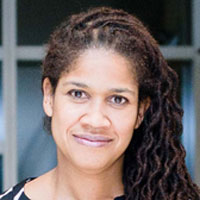 Krista Thompson will be the Department of Art and Art History distinguished lecturer for the semester. She will lecture March 19 at 3:30 p.m. in Andrews Hall Room 101. Thompson is Mary Jane Crowe Professor of Art History in  the Department of Art History at Northwestern University. She researches and teaches the modern and contemporary art and visual culture of the Africa diaspora, with an emphasis on photography. The lecture is free and open to the public, with a reception immediately following.

The Muscarelle Museum of Art will offer programming as it transitions to its new temporary “Muscarelle on the Move” space at 440-A West Duke of Gloucester St. in Merchants Square this semester, according to officials. The museum also will host events at select satellite locations around town during its expansion and construction of The Martha Wren Briggs Center for the Visual Arts. Check Muscarelle.org for updates.

On Jan. 18, Steve Prince, the Muscarelle’s new director of engagement and distinguished artist in residence, will host a meet the artist brown bag lunch talk from noon to 2 p.m. at the Muscarelle. On Feb. 1, the museum will sponsor a screening of “!Women Art Revolution” at 5:30 p.m. at the Tucker Theatre as part of its Art Film Friday series.

In its new space in Merchants Square, the Muscarelle will host its inaugural book club Muscarelle Reads gathering with a discussion of Lee Krasner: A Biography by Gail Levin on March 11 at 6 p.m. The series will feature books that are related to works of art and artists represented in the museum’s permanent collection, and the book on the late abstract expressionist painter was chosen in honor of W&M’s current celebration of 100 years of coeducation.

An ensemble and strings will be featured as part of the Ewell Concert Series’ offerings in the spring lineup. Admission is $5 and free with a W&M ID for both performances. 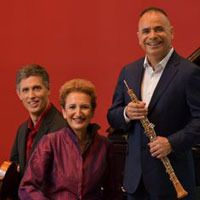 The opener will be Ensemble Schumann, a dazzling, colorful trio consisting of Thomas Gallant, oboe, Steve Larson, viola, and Sally Pinkas, piano.  Performing together since 2005, Ensemble Schumann has been featured at the prestigious Da Camera Series in Los Angeles and has performed at the festivals at Tanglewood, Ravinia and Lucerne.

The all-female string quartet made up of violinists Amanda Gates and Kirsty Green, violist Beverly Kane Baker, and cellist Rebecca Gilmore Phillips, all members of the Virginia Symphony Orchestra, will conclude the season. They will perform the works of Fanny Mendelssohn, Amy Beach and Germaine Tailleferre.

The quartet closes out the Ewell series with a concert on April 3 at 7:30 p.m. at Ewell Hall.

The W&M Choir will perform its free pre-tour concert Feb. 24 at 8 p.m. at the National Shrine of Our Lady of Walsingham, 10 Harrison Ave.

The W&M Choir, Botetourt Chamber Singers and Women’s Chorus will perform a wide variety of works at their spring choral concert April 27 at 7:30 p.m. at Williamsburg Presbyterian Church. Tickets are required. 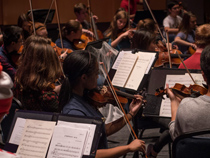 The W&M Symphony Orchestra will hold its winter concert Feb. 26 at 7:30 p.m. and its spring concert on April 27 at 7:30 p.m., both at Sadler Center’s Commonwealth Auditorium. Both events are $10 for general admission and free for students, children under 18, music faculty and veterans.

The Botetourt Chamber Singers will host their free spring concert April 7 at 2 p.m. in the Wren Building Great Hall.

The Women’s Chorus will host Women in Music on March 22 at 7 p.m. at Ewell Hall. The event, sponsored by the Women’s Chorus, will celebrate women in music and the arts with song, spoken word and other performances by students and faculty members. Proceeds will benefit Songs for Kids, an organization that gives musical opportunities to children battling serious illnesses. Tickets will be $3 at the door, and refreshments will be available.

The Women’s Chorus will perform its free Candlelight Concert on April 13 at 8 p.m. at Bruton Parish Church.

The W&M Wind Ensemble will perform as part of the Silent Film Showcase on Feb. 3 at 2 p.m. at the Kimball Theatre. Tickets are $10 for general admission and free for students.

The Wind Ensemble will perform its spring concert on April 22 at 7:30 p.m. at Williamsburg Presbyterian Church. Tickets are $10 for general admission and free for students. 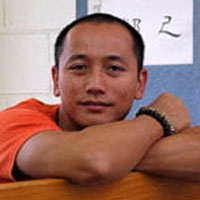 In “Our Lady of 121st Street” by Stephen Adly Guirgis, a beloved nun’s former students return to a Harlem neighborhood following the nun’s death to confront the problem of her missing body. The show will run Feb. 21-23 at 7:30 p.m. and Feb. 24 at 2 p.m. at the Kimball Theatre.

“This play showcases the dramatic and comedic acting skills of our students,” said Director Francis Tanglao Aguas, professor of world theatre. “The characters are all empowered, strong characters who manage to keep their wit and style amidst the chaos that barrages them.”

As part of the commemoration of 100 years of coeducation currently being celebrated at W&M, the theatre department will perform the devised theatre piece “…& Mary” April 17-20 at 8 p.m. at the Wren Building. Incorporating movement, text, sound, spectacle and setting, faculty members and students will develop a site-specific theatre performance at the Wren Building, exploring the layered histories of the space with a focus on contemporary students looking back at the entrance of the first cohort of women at the college in 1918-1919. 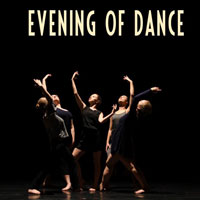 The show is an annual production in which students explore and develop original choreography performed by their peers in the Orchesis Modern Dance Company, under the mentorship of W&M dance faculty. Performances are scheduled for March 21-23 at 7:30 p.m. and March 24 at 2 p.m. at the Kimball Theatre. Tickets are available at the Kimball Theatre Box Office and online.

The dance department will host its Dance Minors Concert on April 12 and 13 at 7:30 pm. in the Adair Hall dance studio. Students will present completed choreographic projects and works in progress. The performances are free and open to the public.

Novelist Jenny Offill and poet Patricia Smith will speak as part of the Patrick Hayes Writers Festival. Offill will speak on Feb. 6 and Smith on March 14. Both events are at 5 p.m. at the Tucker Theatre and are free and open to the public.

Dept. of Speculation has been shortlisted for the Folio Prize in the UK, the Pen/Faulkner Award and the L.A. Times Fiction Award. Offill’s work has appeared in the Paris Review and she is the author of several children's books and the co-editor of two anthologies of essays.

Smith is the author of seven books of poetry, including Incendiary Art, winner of an NAACP Image Award and the Kingsley Tufts Poetry Award; Shoulda Been Jimi Savannah, which won the Lenore Marshall Prize from the Academy of American Poets; Blood Dazzler, a chronicle of the human and environmental cost of Hurricane Katrina that was nominated for a National Book Award; and Teahouse of the Almighty, a 2005 National Poetry Series selection. Her work has appeared in Poetry, the Paris Review, The New York Times, TriQuarterly, Tin House, The Washington Post and in both Best American Poetry and Best American Essays. 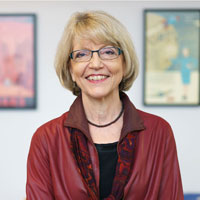 The English department will also host Alison Booth speaking on April 3 at 5 p.m. at the Tucker Theatre. Booth is a professor of English at the University of Virginia and Director of the Scholars' Lab at the University of Virginia Library. She is the author of How to Make It as a Woman: Collective Biographical History from Victoria to the Present, winner of the Barbara Penny Kanner Award.