The AMES Program offers the community at William & Mary to learn from, interact with, and collaborate with academics, artist, musicians, performers, journalists, intellectuals, activists, public figures and community organizers. 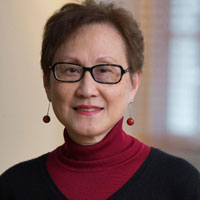 Prof. Jing Wang, S.C. Fang Chair of Chinese Studies at MIT and founder of MIT New Media Action Lab spoke to AMES and the university community about organizing, civil society and new media in China. She offered a perspective on organizing within authoritarian countries that decanters the model of organizing and social action within “liberal societies.” Her project is both practical and theoretical, where she presented on her activism within China and the challenges, successes and promises of grassroots and local organizing around, for example, environmental and labor issues outside of major metropolitan areas in China.

Amateur Riot: Dissent in the Era of Radiation 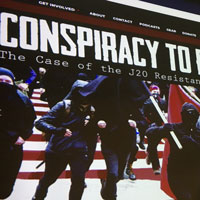 Frank Lopez, radical journalist, videographer and documentarian, spoke to AMES and the university community about the rise of new forms of social and political activism in Japan after the Fukushima Daiichi Nuclear Power Plant disaster in 2011. In addition to discussing the appearance of a new generation of anti-nuclear and radical activists in Japan, he also talked about new forms of anti-fascist and anti-racist organizing in Greece and elsewhere, highlighting the flourishing of autonomous communities that seek alternative forms of economy based on radical democracy and mutual aid.

{{youtube:medium:right|ikXvzmLxwsY}}Chef Katsuya Fukushima, celebrity chef, and nationally acclaimed restaurateur Yama Jewayni from the award winning DC restaurants Daikaya-Izakaya, Bantam King and Haikan, were guest judges at the Great W&M Asia Cook Off. Their visit and this event was organized by and a part of Prof. Stephen Sheehi's courses "The Culture of Arab Food" (ARAB 150) and "The AMES East Asia Student Think Tank" (AMES 385). The students had to research and prepare one dish, using eggplant, to present to the judges, telling us stories of the food’s social history, cultural relevance, political economy and national political origins.

After, Chef Fukushima and two of his chefs from Daikaya-Izakaya and Bantam King did a cooking demonstration, presenting on an array of ways eggplant is prepared from Morocco to Japan. Chef Fukushima, in real time, allowed students to experience what hybridizing food looks like in a kitchen that is able to combine a series of techniques, ingredients and culinary histories. 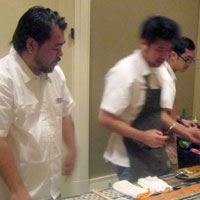