When Karen Ely, Lynn Briley and Janet Brown arrived at William & Mary as freshmen, they didn’t realize they were making history. The three members of the Class of 1971 were the university’s first female African-American undergraduates and its first African-American residential students.

Next fall, William & Mary will begin a yearlong commemoration of the 50th anniversary of Ely, Briley and Brown’s arrival, celebrating their place in the history of African-Americans at the university and recognizing those who came before and after them.

“The thing that makes this momentous is that it marks a time when the College actually opened its doors totally to African-American students, and that I think is a huge celebration for both the women and the College itself,” said Jacquelyn McLendon, emerita professor of English.

McLendon is leading the committee that is planning the commemoration. About 20 faculty, administrators and students are involved as well as Board of Visitors member Warren W. Buck III M.S. '70, Ph.D. '76, D.Sc. '13 and the three alumnae being celebrated. 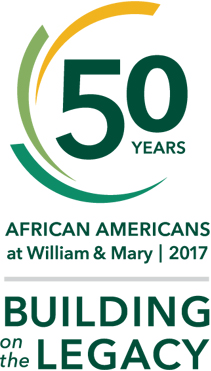 “As a professor who taught here for 20-some years, I feel privileged to be with these women on this committee because we can talk about exactly what their experiences were, and I think they know that I feel they made it possible for me to be here and for others like me to be here,” said McLendon.

Although planning is ongoing, the committee is looking to mark the commemoration in all of the university’s major events throughout the 2017-18 academic year, including Convocation, Charter Day and Commencement. The committee is also considering a symposium, speaker series, classes on topics related to the anniversary and special programming with historical interpreters from Colonial Williamsburg.

The W&M community has also been invited to help prepare for the commemoration by donating photos and other memorabilia related to African-American students at the university. The items may be used online or in Swem Library exhibits and will later be included in the library’s archives. People interested in contributing photos or memorabilia may contact the anniversary committee or McLendon at 757-221-1975 for details.

The 50th anniversary will kick off one year after another significant event in William & Mary’s history: the dedication of the first buildings on campus named for African-Americans: Lemon and Hardy Halls. The two residence halls were renamed in the spring on recommendation from the Task Force on Race and Race Relations and dedicated on Oct. 15.

“This anniversary is a significant milestone for William & Mary, one that merits the kind of effort the university is putting into the commemoration year,” said McLendon. “I had similar thoughts when the Lemon Project started, that it was an important sign of the times, that we are trying to move in positive directions in terms of race relations … It’s pretty clear that this anniversary is something William & Mary should celebrate since it marks the historically important moment of its official desegregation.”

The commemoration will precede another major celebration: the 100th anniversary of women at W&M, which will be celebrated throughout in 2018-19.