Update: The location for Saturday's portion of the symposium has been changed to the W&M School of Education, located at 301 Monticello Ave. in Williamsburg. Directions may be found here. - Ed.

William & Mary’s sixth annual Lemon Project Spring Symposium, organized around the theme of “Jim Crow and Civil Rights in the Age of President Obama,” will include a keynote address by civil rights pioneer Diane Nash and a performance by the Cleo Parker Robinson Dance Ensemble.

The two-day event will begin with the dance performance at 7:30 p.m. on March 18 at the Kimball Theatre and continue at the W&M School of Education Saturday, where Nash will give her address at 9:45 a.m. Additionally, faculty, community members and students are expected to present on a variety of topics throughout Saturday during breakout sessions and panel discussions. The symposium’s full schedule may be found online. 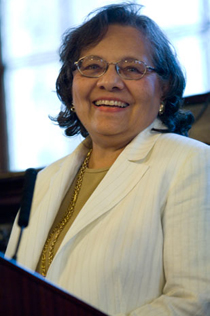 All of the programs, except the dance event, are free and open to the public, but attendees are asked to register online. Lunch will be provided on Saturday for registered guests. Tickets to the Friday night performance – $7 for students with ID and $25 for general admission – may be purchased by calling (888) 965-7254.

“We are so excited to be able to bring two formidable women to campus to share their experiences during the struggle for civil rights,” said Jody Allen, visiting assistant professor of history and managing director of the Lemon Project. “Diane Nash, still a fearless advocate for social justice, will help participants explore the legacy of the era in her keynote address ‘The Movements of the ‘60s: A Legacy for Today.’ Cleo Parker Robinson will show us the movement through her choreography.”

Nash transferred from Howard University to Fisk University in Nashville in the fall of 1959. In response to the segregation she experienced in Tennessee, she helped found the Student Nonviolent Coordinating Committee (SNCC) in April 1960. The next year, she served jail time in solidarity with nine students who were imprisoned for a lunch counter sit-in, the "Rock Hill Nine.” Nash went on to coordinate the Nashville Student Movement Ride, part of the “Freedom Riders” movement. Nash also played a key role in the 1965 Voting Rights Campaign in Selma, Alabama, and she is depicted in the recent movie “Selma.” 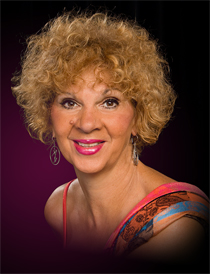 The Cleo Parker Robinson Dance Ensemble is a world-renowned modern-dance company. According to the ensemble’s website, the group “performs a dynamic body of works inspired by the African-American experience and rooted in ethnic and modern dance traditions world-wide.” The American company has performed across the nation and around the world.

The Lemon Project was launched in 2009 after the William & Mary Board of Visitors passed a resolution acknowledging the university’s involvement in slavery and calling for the establishment of a project to explore that history as well as William & Mary’s ongoing relationship with the African-American community. The project is named after a man who was enslaved by the university in the late 18th century.

Since its inception, the Lemon Project has supported multiple research projects, courses and special programs, including the Donning of the Kente ceremony and the “Porch Talks” series of informal, on-campus discussions.

The first Lemon Project Spring Symposium, organized around the theme of “From Slavery Toward Reconciliation: African Americans & The College,” took place in March 2011. Since then, the symposium has expanded into a two-day event that includes scholars from other institutions and a performance aspect.