The William & Mary Law School — the oldest law school in America — has made an impressive and historic selection for its new dean.

A. Benjamin Spencer, a nationally renowned civil procedure and federal courts expert and current professor of law at the University of Virginia, will begin at William & Mary Law School July 1. Spencer will be William & Mary’s first African-American dean of any school at the university, including the law school. His selection follows a national search to succeed Davison M. Douglas, who will return to the faculty after serving as dean for more than 10 years.

“William & Mary is thrilled to welcome Ben Spencer as our next dean of the law school,” said President Katherine A. Rowe. “Since the beginning of the search process we sought a leader who values all three aspects of the law: the academy, the bar and the bench. Ben brings that broad view of legal practice, together with a deep appreciation of the ethos of the citizen lawyer that has inspired the oldest law school in the country since its founding.

“I would like to take this moment also to express W&M’s heartfelt gratitude to Dave Douglas. This university is better for his leadership in so many ways. On a personal level, his friendship and partnership these last two years have been a gift.”

A Career Built in Service, Leadership, Scholarship and Teaching

Service has been a central theme in Ben Spencer's career, both within academia and beyond. He has been a member of the UVA faculty since 2014 and recently completed a year as the Bennett Boskey Visiting Professor of Law at Harvard Law School. He currently serves as the Justice Thurgood Marshall Distinguished Professor of Law at the University of Virginia School of Law.

Spencer’s teaching and scholarship focus on civil procedure, federal civil litigation and military law. Before joining the UVA faculty, he served as Director of the Francis Lewis Law Center and associate dean for research at Washington and Lee University, where he established a reputation as a mentor for younger colleagues, students and early career faculty. Spencer began his career in legal education at the University of Richmond School of Law. 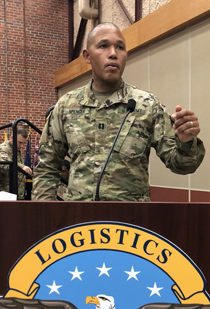 Spencer credits his family with instilling the importance of public service. Although he did not have prior military experience, he joined the U.S. Army Reserve Judge Advocate General’s Corps five years ago and holds the rank of captain. He is assigned to the Government Appellate Division, where he briefs and argues appeals on behalf of the Army.

Spencer, who will also serve as the Chancellor Professor of Law at W&M, has earned numerous awards, including a Virginia Outstanding Faculty Award, which is the highest honor for faculty working at the state’s colleges and universities. He was the first law professor ever chosen in the “rising star” category for the award, which is presented for excellence in teaching, research and public service. He has been active in multiple university committees, working with faculty and students to help to shape their institutions in areas ranging from curriculum to inclusion.

Spencer is an author of the iconic Wright & Miller Federal Practice and Procedure treatise, which is devoted to Civil Procedure. Last year the treatise published its first volume under the name of Wright, Miller & Spencer in recognition of his contributions. He has authored numerous law review articles, book chapters and books, including “Acing Civil Procedure” and “Civil Procedure: A Contemporary Approach,” used widely by professors and students throughout the country.

“Like William & Mary’s George Wythe, the nation’s first professor of law, Ben is deeply committed to his students’ development as citizen lawyers,” said Provost Peggy Agouris. “When you add his experience as an academic leader, scholar and researcher, he is the perfect fit for a law school known for excellence, community, faculty-student interaction and commitment to the public good.”

Allison Orr Larsen, professor of law and chair of the search committee notes, “Ben Spencer’s dedication to his students, both in and out of the classroom, was evident to the search committee after calling his references and receiving feedback from our own students who met him in the interview. It was clear to us that his commitment to student success will drive his decisions for the law school and the larger William & Mary community.”

Spencer contributes to the broader law community by sharing his expertise with professional associations and other civic groups, serving on numerous committees for the Virginia State Bar and Virginia Bar Association. He is a member of the American Law Institute and the West Academic Law School Advisory Board. Additionally, he has served on the Board of Directors for such organizations as the Virginia Poverty Law Center, Piedmont Court Appointed Special Advocates, Comfort Zone Camp and Girl Scouts Commonwealth Council of Virginia.

He holds a master’s degree in criminal justice policy from the London School of Economics and a bachelor’s degree in political science from Morehouse College. 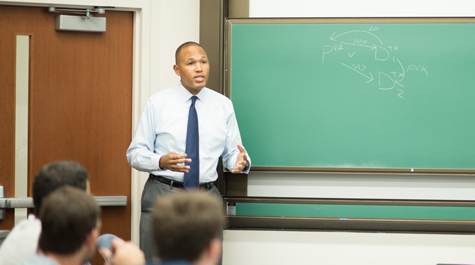 Spencer brings to William & Mary a breadth of legal experience, ranging from private practice to government service. He was appointed to the U.S. Judicial Conference Advisory Committee on Civil Rules in 2017 by Chief Justice of the U.S. John Roberts and remains a member of that committee today. He served as a special assistant U.S. attorney for the Western District of Virginia from 2009 to 2013, where he handled appellate cases in the Fourth Circuit on behalf of the government on a pro bono basis. His other legal positions have included litigation associate for Shearman & Sterling and judicial law clerk for the Hon. Judith W. Rogers with the United States Court of Appeals for the District of Columbia Circuit.

Over the course of Spencer’s career he has forged longstanding ties in the United Kingdom. He was a British Marshall Scholar at the London School of Economics, where he received his Master of Science degree in 1997. As a Marshall Scholar, Spencer was one of 40 college seniors in the nation selected for advanced study in the United Kingdom, with a full scholarship. In the years that followed, he has fulfilled the “ambassadorial” spirit of the Marshall: serving as a member of the British Ambassador’s Advisory Council, as chair of the Marshall Scholarship selection committee in Washington, D.C., and as a longtime member of the Board of Directors for the Association of Marshall Scholars.

“Ben is a great example of the type of leader that is produced through the Marshall Scholarship programme,” said Dame Karen Pierce, British Ambassador to the United States. “His commitment to education, his service to his country and his tireless efforts to support the US-UK relationship are remarkable and I have no doubt that he will find success in this new role.”

A Family of 'Firsts'

Spencer’s selection follows a family tradition of pioneers and professional success. His father, James R. Spencer, was the first African American chief judge in the 215-year history of the U.S. District Court for the Eastern District of Virginia. In 1986, he became the first African-American federal judge in the commonwealth of Virginia. Spencer’s grandfather, Dr. Adam S. Arnold, was the first African-American professor at Notre Dame University, where he taught finance for 30 years. His mother, Alicia Spencer, is a retired elementary school principal in Newport News.

“I am delighted with the selection of Ben Spencer as the next dean of William & Mary Law school,” said Dean Douglas. “He is a marvelous leader and is the right person to help the law school continue its forward momentum. We warmly welcome Ben to the William & Mary community and the nation’s oldest law school.” 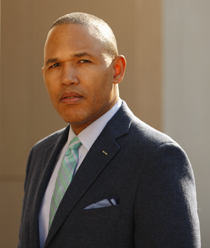 “It was not until the hiring committee from William & Mary approached me back in 2003 that I gave any thought to becoming a law professor.  I am tremendously excited that after all these years, I am finally able to join this wonderful community of impactful scholars,” Spencer said. “I am particularly enthusiastic about the university’s commitment to a whole-person, whole-university approach to learning and its commitment to understanding and meeting the most pressing needs of our time.”

He said it is an honor to lead the nation’s oldest law school into its next successful era, and he looks forward to engaging the entire community.

“Dean Dave Douglas has done an absolutely terrific job of stewarding the law school through the many challenges of the last decade, advancing its status as one of the nation’s top-tier law schools,” he said. “I look forward to building on that solid foundation and to make William & Mary law a preeminent law school that develops highly competent and engaged citizen lawyers who serve their clients and communities with distinction, integrity and passion.”