Barbara Johnson selected as secretary of the board

William & Mary’s Board of Visitors voted during its virtual meeting Tuesday to re-elect John E. Littel P '22 as rector and William H. Payne II '01 as vice rector of the governing body of the university. Additionally, Barbara L. Johnson J.D. '84 was elected as secretary of the board.

The three will begin two-year terms in those roles July 1. Sue H. Gerdelman '76, who currently serves as secretary of the board, will complete her second term - the most she could serve in that position at the end of June.  She will remain on the board until 2022.

“It has been a distinct honor to lead this important body and serve the faculty, staff, students, alumni, parents and friends of this great institution,” Littel said. “I am grateful for the confidence of the board, and look forward to working closely with all members, together with Will Payne and Barbara Johnson, President Rowe and leadership, as we advance the important mission of the university.”

“Sue Gerdelman has been a wonderful partner on the leadership team these past two years and a dear friend for much longer,” he added. “We owe her a great debt of gratitude for her continued service to William & Mary.”

President Katherine A. Rowe also expressed appreciation and thanked board leadership for their work and commitment to William & Mary.

“Rector Littel and Vice Rector Payne have proven superb leaders of William & Mary’s Board of Visitors and vital partners with me and others on campus,” she said. “I am eager to continue our work together to chart W&M’s future even as we grapple with the unique challenges of the COVID-19 pandemic.

“Barbara has also been an invaluable resource on the board, and I look forward to working even closer with her as a member of the executive committee. We also express our sincerest appreciation to another alumna, Sue Gerdelman, for her unparalleled and dedicated service to William & Mary. On a personal note, I so appreciate how Sue and her late husband, John, warmly welcomed my family to the William & Mary community over the past two years.”

Littel is president of Magellan of Virginia and chief external affairs officer for Magellan Health. Prior to that, he served as an executive at Amerigroup Corporation and Anthem. He has led government affairs, growth and business development, marketing, social responsibility initiatives and corporate communications. Previously, he worked in a number of state and federal government positions, including deputy secretary of health and human resources for the Commonwealth of Virginia and director of intergovernmental affairs for the White House's Office of National Drug Control Policy. He currently serves as the vice chair of the Virginia Health Care Foundation. Littel was originally appointed to the W&M Board of Visitors in 2012 and was reappointed in 2016. He previously chaired the Richard Bland College Committee and was vice chair of the Committee on Strategic Initiatives and New Ventures. He also served as a member of the search committee for W&M’s 28th president, hiring Katherine A. Rowe. As rector of the university, he chairs the executive committee. 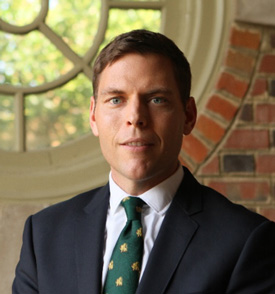 Payne, who graduated from W&M with a degree in public policy in 2001, is managing partner of the economic development consulting firm Coalfield Strategies, LLC and co-founder of Appalachian Grains, LLC. Before that, he was a member of the Virginia Gov. Ralph Northam’s administration, where he focused on the U.S. East Coast offshore wind industry’s supply chain and economic sustainability strategies for Virginia’s coal fields. Appointed to the Board of Visitors in 2014 and reappointed in 2018, Payne previously served as vice chair of the Committee on Student Affairs. He was also a member of W&M’s presidential search committee. He currently serves as chair of the Committee on Administration, Buildings and Grounds, chair of the Design Review Board and is a member of the Executive Committee and Committee on Audit, Risk and Compliance. 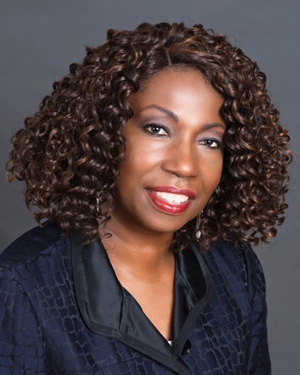 A 1984 graduate of W&M Law School, Johnson is the founder of BLJohnsonLaw PLLC. She also currently serves as counsel to the firm of Potter & Murdock LLC, focusing on representing management in labor and employment matters. In addition to her service to the Board of Visitors at W&M, Johnson has been a member of the Board of Trustees of the W&M Law School Foundation, where she served as president from 2014 to 2016 and vice president from 2012 to 2014. Johnson was appointed to the Board of Visitors in 2017 and currently chairs the Richard Bland College Committee. She is also vice chair of the Committee on Audit, Risk and Compliance and a member of the Committee on Administration, Buildings and Grounds.