Down by 70 points entering the final day, the women's team pulled off two historic sessions, piling up 269 points to out-score every other team by 118 or more, and repeated as the conference champions for the first time ever.

W&M scored a program-record 749.5 points and had six gold medals, three on the final day. Jaimie Miller ‘18 had a hand in five of those victories, the most for any swimmer in the conference since 2014, and was named the Most Outstanding Swimmer of the meet.

The men, meanwhile, won the first relay on Wednesday afternoon and never looked back, completing the wire-to-wire victory on Saturday night.

The Tribe scored 953.5 points, second-most in both school and conference history, for its third consecutive conference championship. W&M totaled 10 conference titles for the week, its fourth straight year of double-digit event wins. Its 201.5-point margin of victory is just the fourth of 200 or more points in the 32-year history of the CAA. 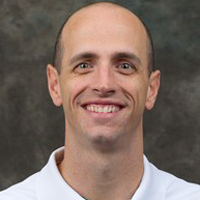 Coach Matt Crispino '02 and his staff of Chris Carter, Nate Kellogg, Kelley Crisci '94 and Bailey Hall '18 were voted the CAA Men's Swimming Coach [staff] of the Year for the fourth year in a row. That is both the second-most ever and the second-longest streak in league history.

The women’s comeback began with the 1650 freestyle. Morgan Smith ’20 swam 16:46.07 and took second overall in her best race of the weekend. That was the fourth-fastest time ever at W&M. Classmate Maria Oceguera gained the podium with a third-place finish. The mile gave the Tribe a 22-point gain relative to the field.

Next was the 200 back, and Sophie Rittenhouse ’18 ended her career with one last school record, 1:56.16, to take silver overall.   The Tribe shifted into another gear for the 100 free. Jaimie Miller crushed a lifetime-best 49.21 to win her third individual event of the weekend and become just the second swimmer in conference history to sweep the 50, 100, and 200 free in the same championship. That was also the seventh-fastest race in school history and moved Miller up to second all-time among athletes. Sophomore Katie Sell finished fourth, while her classmate Annie Miller had a lifetime-best of her own in 50.84 seconds for fifth place. 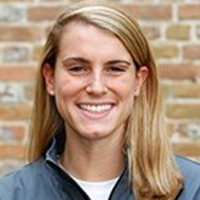 After the 100 free, W&M was down just seven points with three events to go. In the 200 breast, the Tribe took three of the top four spots for a plus-23 differential and a 16-point lead for the first time all weekend. Sophomore Claire Williams led the way with a lifetime-best 2:15.64 for the silver medal, breaking the school record. Senior Allie Christy was third in 2:16.91. and junior Shannon Harrington ’19 was fourth in 2:18.44.

Now with the lead, the Tribe wasted no time putting the meet away in the 200 fly. Abby Mack ’19 won her first conference individual title in a lifetime-best 2:00.82, the seventh-fastest race ever at W&M. Ocegeuera came back after the mile to secure her second bronze of the night, placing third in 2:01.86. The 36 points and plus-27 differential gave W&M a 43-point cushion heading into the final relay, guaranteeing the team victory, and rendering the 400 Relay final just for pride. The Tribe had loads of it in winning its first championship in the relay since 2013. W&M's time of 3:21.22 was the second-fastest in school history, and gave Jaimie Miller her 11th career CAA gold, second-most all-time for the Tribe. 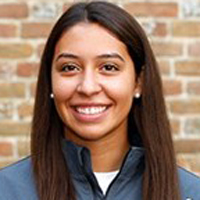 Meanwhile, the men established their dominance from the beginning. In the 1,650 free, Carter Kale '20 broke the school record with his winning time of 15:20.04. That was Kale's second CAA title of the meet after also taking the 500 free on Thursday. Freshman Chris Balbo was right behind him in 15:26.59 to take second overall. Fellow freshman Ian Bidwell was just off his lifetime-best despite battling illness all morning, finishing fourth overall in 15:37.91.

After sweeping the podium in the 50 free, freshman Colin Wright won the 100 free, his second race of the week and broke his own school record in 43.77 seconds. Joe Eiden ’18 was second with a lifetime-best 44.25, the fourth-fastest race in school history, and Kyle Neri ’19 took third in 44.78 seconds. 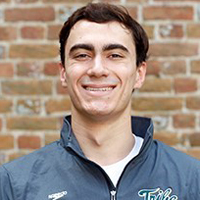 In the 200 breast, Josh Zimmt ’18 brought his career to a close with another all-conference performance, taking second in 1:59.87.  Freshman Ben Skopic also made the podium, taking third with a lifetime-best 2:01.27.

The final individual event of the weekend was the 200 fly, and hometown-neighbors Tommy Kealy and Sean Higgins of Wilton, Connecticut both earned podium spots.  Kealy swam the eighth-fastest time in school history, 1:47.39, to place second, and Higgins claimed the bronze in 1:47.98.

With the meet already locked away, the Tribe went ahead and won the 400 free relay for good measure. Colin Wright entered the conference record book as one of a select few with at least five gold medals in a single championship. 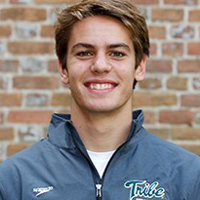