For the second straight season, William & Mary juniors Christian Cargill and Regan Rome were recognized as the Colonial Athletic Association Scholar-Athletes of the Year for men's tennis and women's track and field, the league has announced.

It marks the third consecutive season that a Tribe player won the men's tennis Scholar-Athlete of the Year, the first time that has occurred in CAA history. Cargill is the fourth player to repeat as the men's tennis winner, joining VCU's Pedro Nieto (2003 and 2004), Hofstra's Nikola Djordjevic (2005 and 2006) and UNCW's Kinshuk Sharma (2010 and 2011). Meanwhile, Rome also won the same award in the fall for women's cross-country. This is the fifth time that a Tribe athlete has won the women's track and field award, most of any school in the sport. 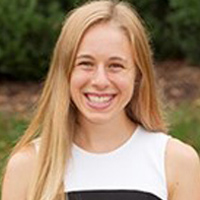 Rome, a mathematics major, is coming off a strong spring track season that saw her earn All-America honors in two events at the NCAA Championships. She finished sixth in the nation in the 10,000m run, with a lifetime-best performance of 33:06.03 to earn first-team honors in that event, and was also named honorable mention All-America in the 5,000m after finishing 21st overall in 16:23.50.

She is the first Tribe athlete since 1982 to earn multiple All-America honors in the same championship, and just the third ever alongside Hall-of-Famers Reggie Clark '75 (880y and DMR indoors in 1975) and Jeri Daniels '82 (shot put and discus at both the 1981 and 1982 AIAW Division II Outdoor Championships). 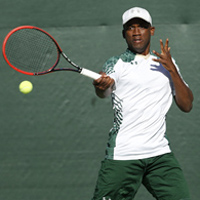 A business finance major, Cargill earned first team All-CAA distinction in doubles and second-team honors in singles in 2017. He owns five All-CAA accolades during his three seasons at W&M. Cargill garnered All-CAA doubles honors with senior Ryan Newman after leading the Tribe with 18 doubles wins on the year. Through his first three seasons, Cargill owns 68 doubles wins, which is just outside the program's all-time top 10, to go along with the third-best doubles winning percentage (68.0) in school history. In singles, Cargill earned all-league honors for the third year in a row. He won seven of his final eight matches and finished the year with 15 singles wins, including a 13-6 record at No. 2.

Along with his success on the court, Cargill has been exceptional in the classroom. He received the W&M Provost Award in 2015-16 and 2016-17, boasting a cumulative grade point average of better than 3.5. Cargill was also selected as an ITA Scholar-Athlete in 2015.

With four winners in the spring season, William & Mary has won 74 CAA Scholar-Athlete awards, 32 more than any other school in conference history and nearly as many as the next two schools combined. The Tribe led the CAA for the sixth year in a row and the 11th time in the 15-year history of the Scholar-Athlete program. Each of the 21 sport winners now advance to the ballot for the overall CAA male and female Scholar-Athletes of the Year, which will be announced later this month. W&M has won the overall award eight times, twice as often as any other school, most recently sweeping the male and female Scholar-Athletes of the Year in 2014-15.