by Jim Ducibella |  April 6, 2017
Susan Grover and Shirley Aceto were more than just colleagues during their time together at William & Mary. They were friends.

As the university’s Director of Equal Opportunity from 2002-07, Grover often relied upon Aceto for her knowledge of the history and personnel at the university. The two would often go to lunch together, and, according to Grover, Aceto was as helpful and supportive a colleague as one could desire. She often drew on knowledge and connections she’d gained from years of working in the Office of the Provost.  “She’d help me know how to manage things,” Grover recalled, “and make happen what needed to happen, A lot of times simply by her ability to broker connections between people around campus.”

In 2010, when Aceto retired from W&M after more than 39 years, the university established an award in her honor. When Grover retires from the university in June, following 29 years of service, she will take with her the 2017 Aceto Award. She has served the university in several capacities – among them law professor, director of equal opportunity and, currently, vice provost for academic and faculty affairs.

“I’m deeply honored, and inspired, and grateful for all of the guidance Shirley gave me,” Grover said.

The Aceto Award winner recognizes an employee who exhibits a commitment to the core values of William & Mary, proven leadership capabilities in working with students, faculty and staff, and a record of outstanding individual service to the university.

In nominating Grover, Jayne Barnard, Cutler Professor of Law, Emeritus, wrote that Grover’s core value was to make sure that each of her students could achieve their potential in the legal profession. For a variety of reasons, passing the bar for some students seemed an insurmountable challenge. 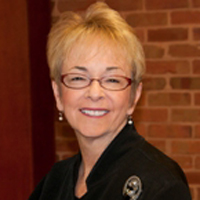 That’s when Grover would roll up her sleeves and immerse herself in making sure goals and aspirations were realized.

“Susan … spent more than one summer individually meeting with at-risk students, reading hundreds of sample exam answers, providing moral support and letting them know that, as William & Mary law grads, they could and they would pass the bar exam,” Barnard wrote. “Her hands-on, tough-love program was exceptional and changed many students’ lives.

In addition to providing outreach and counseling to law students who are at academic risk, since 2010, Grover has developed support materials and organized classes and workshops to help students improve academically, formulated and managed bar preparation curricula, recruited students and liaised between commercial bar review programs, law school administration and the Virginia Board of Bar Examiners.

While acknowledging her contribution to W&M in every area in which she has worked, Dean and Arthur B. Hanson Professor of Law Davison Douglas wrote that Grover “is perhaps best known for her dedication to law students and members of the legal community who struggle with mental health, substance abuse and other impairment issues.”

The vehicle for that dedication is Lawyers Helping Lawyers, with which she became involved in the 1990s after being introduced to it by Law School colleague, Judge Walter S. Felton, Jr. She brought the concept to William & Mary Law School, where she started the first student chapter. Soon, every other law school in the Commonwealth was following suit. 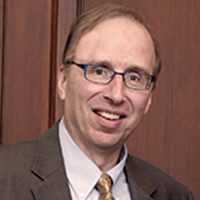 The law school employed the slogan “You are part of a community that cares,” which Grover personified complemented by setting up a “healthy” snack bar for students, and arranging for massage therapists to be on site in the days leading up to their first law school exams.

“Law school can seem very alienating and full of trials -- literally and figuratively -- and so to realize that we at the institution support you at every level, not just your academic accomplishments but your physical and mental well-being, was very encouraging to students,” she said. “They felt nurtured and thus they felt better about College of William & Mary Law School. It created better relationships with the institution, as well as serving those individuals.”

Students have shown their appreciation by according her the John Marshall Award for demonstrating character, leadership and a spirit of selfless service to the community; the Walter Williams Teaching Award, given by a graduating class to a faculty member for outstanding teaching; the Distinguished Faculty Award and the Jane Matilda Bolin Award, both from the Black Law Student Association. 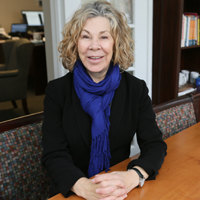 “When I think of Vice Provost Grover, I think of a razor-sharp mind and the softest, most compassionate heart of nearly anyone I have ever met,” wrote Leonard Simmons ’16. “She is my exact ideal of the citizen lawyers trained by the law school – devoted to serving everyone, from prisoners to neighbors, from teachers to faculty, and incoming and graduated students alike.”

Grover replied, simply, “Students come to you with situations you would find unbelievable. … People overcome amazing obstacles, and someone like me has the privilege of encouraging them.”