One by one, the vans slowly made their way down a serpentine gravel path to a makeshift parking lot at Chickahominy Riverfront Park. Nearby were picnic tables loaded with hot dog buns waiting to be filled and watermelon, a volleyball court and adjacent field where the teens would play spirited games of Ultimate Frisbee. The fire in the barbecue pit seemed to climb higher with each passing breeze.

When they left campus several days earlier, the passengers were students in transition from high school to college. When they returned, they were William & Mary students, a cohesive subset of the Class of 2021.

Week one of the university’s Pathways program had accomplished everything it was intended to do. 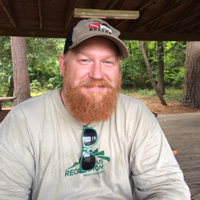 Participants could choose between back-packing, canoe camping, rock climbing, biking and “Adventure Shenandoah.” In the latter, students would camp in the same place the entire week then head out each day for a different experience, whether it be caving, hiking, even tubing. Each group was guided by trained trip leaders, who facilitated not only the exercise but team-building and bonding.

“We started out with six people who had no idea who anybody was, and as every night goes on, you can almost measure [the camaraderie] by the pauses in conversation,” said Robin Dixon ’18, who has been a team leader for two years and led a biking team. “They get shorter, it gets easier to talk. You make more jokes among each other. You start discovering things about each other that they share in common that they would like to talk about.”

“It’s really cool to see,” added Jesse Smyth ’18, a back-packing leader. “Initially, you get them all in the gym and they don’t know each other and everyone’s shy, and you put them in these group games and they’re kind of hesitant about it. Then we keep doing games through the week and talking – when you’re hiking 11 miles with people, you talk to them. As it goes on, we’ll do deeper questions, deeper games.”

White said that while there is a certain amount of fitness required to participate, the Pathways goal is to offer everyone something that appeals to them.

“We explain that this is going to be physically demanding; for instance, for the back-packing program, you will be hiking anywhere from two to 12 miles a day over rough terrain,” White said. “Participants don’t go into it blind. 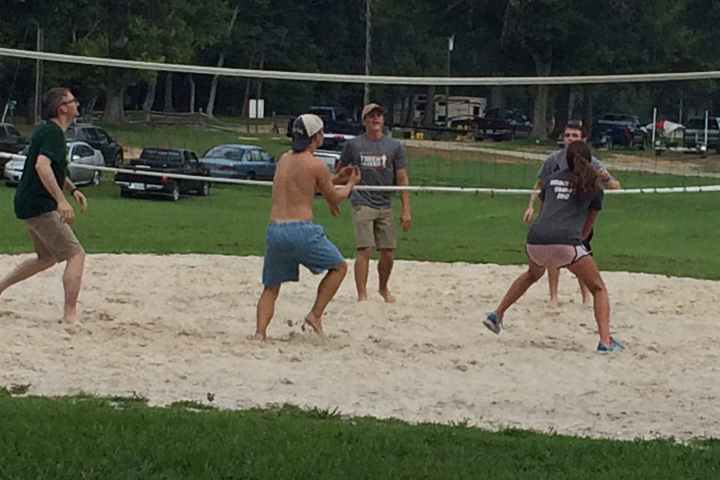 “We try to touch on programs that would reach different types of people. Some would like to be very remote in the wilderness and do something physically demanding. That might be our back-packing trip. Some might be more interested in that high adventure thrill factor. They might sign up for rock climbing.”

Hannah Bonyak ’21 signed up for rock-climbing even though she said she’s not good at climbing – and is scared of heights.

“I was nervous about that, but it ended up being the best experience for me because you have to trust people while climbing because they’re basically supporting you up the mountain, making sure if you slip you don’t fall,” she said. “For me, it was more of a trust-building thing than a physical thing. I thought it would be a good way to meet people before you went into college.” 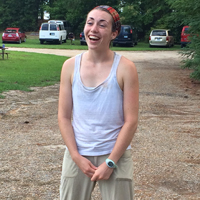 Even though seniors like Dixon and Smythe may live radically different lifestyles than the incoming freshmen, Dixon said the newcomers won’t be forgotten.

“We’ll say, ‘We’re meeting for dinner this week. Everybody come on over,’” Dixon said. “A couple of us will have our own apartments, our own houses, and we’ll tell them that we’re going to cook something that’s not on a Coleman stove.”