Parts of William & Mary’s campus got a new look this year in a number of renovation and building projects that updated facilities for 21st century learning and expanded the university’s capabilities, particularly in the sciences. Other buildings gained significance after being renamed to reflect the contributions of historically marginalized members of the W&M community.

This fall, the university dedicated the four-story, 113,000-square-foot Integrated Science Center 3, the third phase of William & Mary’s state-of-the-art science complex. ISC 3 provided new office and lab space for the science departments that had remained in Millington after the first two phases opened, clearing the older building out completely. 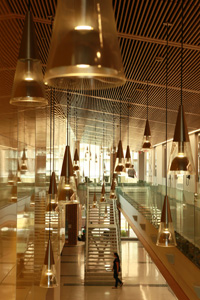 Designed with an eye toward interdisciplinary research, ISC 3 features adjustable boundaries that allow scientists to expand or reallocate lab space as needed.

The focus on interdisciplinary teaching and research is particularly helpful for programs such as environmental science and neuroscience, which involve scientists from different scientific fields. For example, neuroscience includes faculty from five different departments – applied science, biology, chemistry, kinesiology, health science and psychology – who were previously housed in four different buildings. The ISC puts them in much closer contact.

ISC 3 features open spaces for collaboration, study space, a café and an atrium that has been called a “student magnet.”

Economics, government, international relations and public policy are all housed in the same space with the completion of a major renovation of Tyler Hall. Built in 1927, the building had not had a major overhaul in almost 40 years.

The renovation added almost 7,000 square feet to the building by converting the fourth-floor attic to offices. It also updated the building’s infrastructure, deploying cost-saving energy connected to the central plant, water-saving measures and more flexible IT framework.

“It has already reinvigorated the departments and programs housed there even as the finishing touches are being applied,” said John McGlennon, longtime government and public policy professor, at the beginning of the fall semester.

Restrooms were renovated on both sides of the stadiums and an upgraded sound system can be clearly heard throughout the entire facility.

The renovation also added new field turf to replace the natural grass, which couldn’t be used for recreation activities after bad weather.

More than 300 alumni, students, faculty, staff and administrators gathered on Jamestown Field during Homecoming for a ceremony of great significance to William & Mary – the formal renaming of the two Jamestown Road houses to honor the contributions made by Lemon, a man enslaved by the College in the 18th century, and Carroll F.S. Hardy, a longtime administrator who made monumental strides in diversity at William & Mary.

“For hundreds of years, they have worked to sustain our institution,” W&M President Taylor Reveley said at the ceremony. “They’re the William & Mary people, African-Americans, who suffered the hammer blows of the College’s traffic in slavery, secession and segregation. And what we do today as part of our journey is remember them and repent for how badly they fared at the hands of Alma Mater of the Nation.”

In the spring, the Task Force on Race and Race Relations issued a report that included 51 recommendations, including one that buildings on campus be named to more fully reflect the diversity of the W&M community. 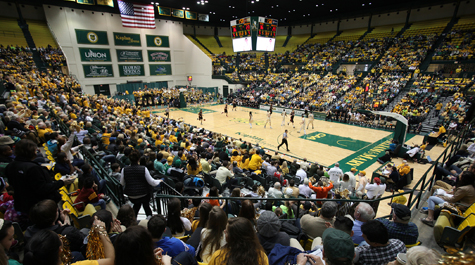 William & Mary Hall in autumn was renamed Kaplan Arena in honor of Jane Thompson Kaplan ’56 and Jim Kaplan ’57. The venue is home to hundreds of Tribe sporting events, concerts and ceremonies every year.

Work continues on the James A. and Robin L. Hixon Center for Experiential Learning and Leadership, a new 12,000-square foot building at William & Mary Law School. James A. Hixon is a 1979 graduate of W&M Law School. All nine of the law school’s clinics will be located on the first floor, which will feature offices for managing attorneys to meet individually with students enrolled in the clinics, client interview rooms and a multipurpose conference room/clinical classroom.

Construction has started on the McLeod Tyler Wellness Center, located behind the Sadler Center. The center, named in honor of Bee McLeod ’83, M.B.A.’91 and honorary alumnus Goody Tyler, will house the Student Health Center, the Counseling Center, Health Promotion and the wellness components of Campus Recreation. The building will also house a new Center for Mindfulness and Authentic Excellence.

Design and construction of a new arts facility, The Martha Wren Briggs Center for the Visual Arts, which will be home to an expansion of the Muscarelle Museum of Art and the new Kaplan wing. The center’s space is expected to accommodate interactive technology and house world-class exhibitions, an arts teaching center, an auditorium and gathering spaces.

Two new buildings are in the works at William & Mary’s Virginia Institute of Marine Science. The 32,000-square-foot Consolidated Scientific Research Facility near Clayton House will provide research and tech space for the Center for Coastal Resources Management, Virginia Sea Grant, Marine Advisory Services, communications and IT. Also underway is a 15,000-square-foot facilities management building to house that division as well as safety and environmental staff, shipping and receiving, procurement and others.

Comprehensive renovations will begin at Landrum Hall dormitory in May 2017 and last approximately a year.