The Muscarelle Museum of Art opened two new shows on Sept. 10, with a big announcement expected later in the semester. “Building the Brafferton: The Founding, Funding and Legacy of America’s Indian School,” examines the history of the 1723 Brafferton in light of trans-Atlantic trade networks, politics of church and state and England’s colonial enterprise in North America. 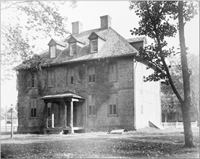 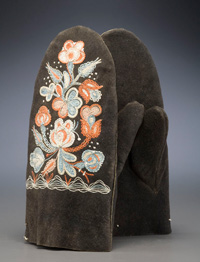 The Muscarelle will also exhibit “Contemporary American Marine Art: 17th National Exhibition of the American Society of Marine Art,” through Dec. 2. Hosted every three years by museums across the country, the American Society of Marine Artists’ juried exhibition comprises top contemporary marine art. Through a partnership with the Virginia Coastal Policy Center at the W&M Law School, the Muscarelle is devoting its First Tuesday Lecture Series, free and open to the public, to the discussion of marine topics. Its Third Thursday Lecture Series, also free and open to the public, focuses on the Brafferton’s history.

The Department of Art and Art History’s Andrews Gallery opens the semester with the “Repository of Missing Places,” 30 years of work by Charlottesville painter Richard Crozier. The show runs through Sept. 28 on the first floor of the free gallery, located behind Phi Beta Kappa Memorial Hall.

The Andrews Gallery next hosts an exhibition of works curated by Brian Kreydatus, associate professor of printmaking and life drawing at W&M, running from Oct. 6 through Nov. 4. A reception, free and open to the public, will be held at 4 p.m. on Thursday, Oct. 20.

The Andrews Gallery finishes out the semester with the annual exhibition of work by W&M’s Catron Scholars, running Nov. 15 through Dec. 1. A reception, free and open to the public, will be held at 5 p.m. on Nov. 17.

Art historian Elizabeth Boone, a specialist in the pre-Columbian and early colonial art of Latin America, will appear as art and art history’s 2016 Distinguished Speaker. She will deliver "Spatial Grammars: At the Juncture of Art and Writing in the Painted Books of Aztec Mexico,” at 5 p.m. on Thursday, Oct. 13, in Room 107 of Ewell Hall. A reception follows the lecture.

After winning first prize at the Concours Musical de France in Paris at age 14, he went on to win more at numerous national and international competitions. Pagin has appeared as soloist with the New Symphony Orchestra (Bulgaria), the Berliner Symphoniker, the Bucarest Philarmonic and Orchestre National de Montpellier. 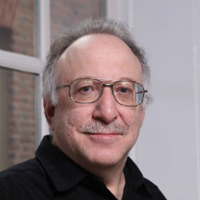 The series continues at 4 p.m. on Sunday, Oct. 23, in the Williamsburg Library Theatre with jazz pianist and harmonica virtuoso Harris Simon. Originally from New York and now a music faculty member at W&M, Simon has performed with many well-known jazz greats, including Sonny Fortune, Clifford Jordan and Dexter Gordon, and has appeared at jazz festivals around the world. In 2013 he performed at Carnegie Recital Hall in a program of poetry and music sponsored by the Muscarelle. Simon is a regular at An Occasion for the Arts and the Williamsburg Winter Blues Jazz Fest, and last season was featured soloist in the Williamsburg Symphony Orchestra’s “Cabaret and Cocktails Concert.” Admission: $10 for general public, $5 for students. Tickets on sale at the door. Reception follows the concert.

On Saturday, Nov. 12, at 7:30 p.m., William & Mary welcomes vocal ensemble Heinavanker to the Ewell Recital Hall in a free performance. The group, under the direction of composer Margo Kõlar, explores early sacred music, ancestors’ traditions and contemporary imagination. Ancient Estonian runic songs and folk hymns are an important part of Heinavanker’s repertoire. The ensemble has recorded and appeared at music festivals worldwide.

Violinist David Sariti will perform in a free concert that is open to the public at 4 p.m. on Sunday, Sept. 18 in the Ewell Recital Hall. Works include Grazyna Bacewicz's "Three Dances," Benjamin Britten's "Suite, Op. 6" and Beethoven's "Kreutzer" sonata.

The free Family Weekend Concert will be held at 8 p.m. on Friday, Sept. 23 in Ewell Recital Hall. Performances include “America the Beautiful” and Edward Elgar’s “Pomp and Circumstance No. 1.”

Delta Omicron’s Fall Music Festival will be held at 2 p.m. on Saturday, Oct. 1 in Trinkle Hall, featuring nine campus music groups performing over three hours. The festival raises money for national music education organization Music for All. Campus organizations will host booths (costing a certain number of tickets) offering games, food and education. Tickets are 50 cents each and can be purchased at a reduced price in the Sadler Center before the event or at full price at the festival.

The 2016 Homecoming Concert, “Music of the Americas,” at 8 p.m. on Friday, Oct. 14, in the Sadler Center, offers works by North and South American composers, including Vincent Persichetti, Astor Piazzolla and Arturo Marquez. Admission: $10 general public, free for students with ID.

The Halloween Concert will be held at 8 p.m. on Friday, Oct. 28 in the Sadler Center and feature Camille Saint-Saens’ “Danse Macabre,” Modest Mussorgsky’s “Khovantchina Overture” and “Night on the Bald Mountain,” André Caplet’s “The Masque of Red Death” and Joseph Holbrooke’s “The Raven, op.25.” Admission: $10 general public, $3 students.

The annual Fall Concert will be held at 7:30 p.m. on Friday, Dec. 2 in Phi Beta Kappa Memorial Hall and feature the overture and opera arias from Mozart’s “Nozze di Figaro” and Georges Bizet’s “Carmen Suites,” selections from Suites No. 1 and No. 2. Admission: $10 general public; free for students, children under 18 and veterans.

In addition, W&M’s Music of India Ensemble will perform at 8 p.m. on Saturday, Nov. 5, and the Opera Workshop will present a scene recital at 7:30 p.m. on Thursday, Nov. 10. The W&M Department of Music presents a student recital at 7:30 p.m. on Monday, Nov. 14, including a varied selection of piano instrumental and vocal compositions. All three are presented in Ewell Hall; admission varies.

W&M music is also offering two music lectures in the fall. “American Music in the Kingdon of Hawaii, 1793-1893,” presented at 5 p.m. on Tuesday, Oct. 4, in Ewell Hall, features University of North Carolina Greensboro’s Revell Carr discussing changes to the islands’ music and culture with the introduction of American music. Carr explores the tension between missionaries and sailors over music and dance in the burgeoning metropolis of Honolulu and examines how Hawaiians negotiated identity by developing new genres combining ancient traditions with musical innovations.

The second lecture, held at 11 a.m. on Friday, Oct. 21, in Swem Library’s Ford Classroom, features Tom Moore discussing the lost history of the flute. The instrument and its repertoire from 1800 to 1850, when it evolved from a one-key instrument to its modern form, has been largely ignored by both historians and practitioners.

W&M Theatre launches the semester Sept. 22 with “The Laramie Project,” directed by Elizabeth Wiley, associate theatre professor. The play explores the aftermath of the brutal 1998 killing of University of Wyoming student Matthew Shepard, who was gay. During the trial of the men accused of killing Shepard, Moisés Kaufman and members of the Tectonic Theater Project constructed a deeply moving theatrical experience from interviews conducted with members of the community and their own experiences in Laramie. “The Laramie Project” is a breathtaking collage that explores the depths to which humanity can sink and the heights of compassion of which we are capable. The show runs Sept. 22 through Sept. 25 in Phi Beta Kappa Memorial Hall. Showtimes are 7:30 p.m. Thursday through Saturday and 2 p.m. on Sunday. 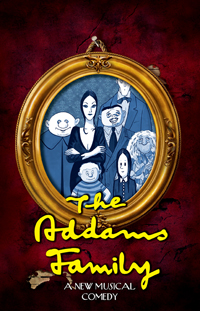 “The Addams Family,” directed by Laurie Wolf, associate director of theatre, runs for two weekends: Nov. 10 through Nov. 13 and Nov. 17 through 20, in Phi Beta Kappa. The production, with music and lyrics by Andrew Lippa, tells the story of Wednesday Addams, the ultimate princess of darkness, who has grown up and fallen in love with a sweet, smart young man from a respectable family – a man her parents have never met. And if that weren’t upsetting enough, Wednesday confides in her father and begs him not to tell her mother. Now, Gomez Addams must do something he’s never done before – keep a secret from his beloved wife, Morticia. Everything will change for the whole family on the fateful night they host a dinner for Wednesday’s ‘normal’ boyfriend and his parents. Showtimes are 7:30 p.m. Thursday through Saturday and 2 p.m. on Sundays.

W&M senior Melissa Commander was last year awarded the Concord Traveling Scholarship, which she used to visit Cuba this summer alongside her Cuban-born grandmother. Commander will recount her travels in a reading and slideshow presentation at 5:30 p.m. on Monday, Sept. 19, in Ewell Recital Hall. The talk is free and open to the public; reception follows.

The Cloud Lecture series will host Catherine Robson, New York University English teacher, at 5 p.m. on Sept. 29, in the Tucker Theatre. Robson is a specialist in 19th-century British cultural and literary studies whose work has appeared in a range of scholarly journals. Her publications have focused on childhood, memory and death and the bonds between individual literary works and cultural shifts on these topics. Her current book project, a study of Germany's capture of British regional voices during World War I, considers oral performance (especially poetry recitation) and mass elementary education in 19th-century Britain. 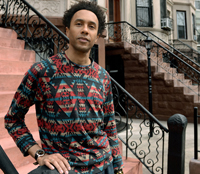 The Patrick Hayes Writers Series kicks off this semester with the appearance of Jace Clayton, a.k.a. DJ Rupture, at 5 p.m. on Thursday, Oct. 20, in the Tucker Theatre. Clayton’s debut book, Uproot: Travels in 21st Century Music and Digital Culture, was released this summer. Clayton uses an interdisciplinary approach to focus on how sound, memory,and public space interact, with an emphasis on low-income communities and the global South.His essays have appeared in New York Times Magazine and Washington Post, among other publications. Recent projects include Sufi Plug Ins, a free suite of music software-as-art based on non-western conceptions of sound and alternative interfaces and The Julius Eastman Memorial Dinner, a touring performance piece for grand pianos, electronics and voice.

The series continues at 5 p.m. on Thursday, Nov. 3, in the Tucker Theatre, with short story writer and journalist Amy Hempel. Hempel published her first short story collection, Reasons to Live, in 1985, and has followed with three additional collections as well as Tumble Home, her first novella.

Her stories, essays and journalism have appeared in Vanity Fair, GQ, Harper's Magazine and Playboy, among others. Considered a minimalist, Hempel is one of a few writers who have built reputations on short fiction. She leaves her stories' narrators unnamed, as "there are more possibilities when you don't pin down a person with a name and an age and a background.” Hempel is a creative writing professor at the University of Florida, and was Briggs-Copeland Lecturer of English at Harvard from 2009 to 2014.