by Rene A. Henry '54 |  August 29, 2013
When William & Mary travels to Morgantown on Saturday to face West Virginia in the season opener for both schools, it will be their first meeting since 1972.

Jimmye Laycock begins his 34th season as W&M’s coach and has a career record of 215-160-2 that makes him the fifth winningest active FCS coach.

Laycock played in four games against WVU between 1966-1969, including the 16-16 tie.  He played for two Hall of Fame coaches: Marv Levy and Lou Holtz. Laycock was in the defensive secondary his first two years and finished his career at quarterback.

The first game on Nov. 13, 1954 in Williamsburg was my first homecoming on the campus where I had been sports information director (SID) before graduating in June. Then I joined WVU as SID. 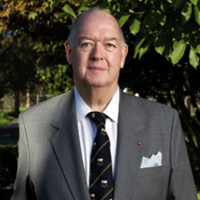 The previous year, WVU won the Southern Conference Championship and was ranked 10th in the country by Associated Press with an 8-2 record. W&M had a remarkable year in 1953, playing the entire season with only 24 players and 15 scholarships. That team, nicknamed “The Iron Indians,” lost only once in its first six games, had a 3-0 record against teams in the new Atlantic Coast Conference and tied then nationally-ranked Navy.

After a hard-fought 20-6 win, the WVU team’s flight home was delayed. William Dent Evans, editor of The Fairmont Times, was on the phone with his office because there had been a coal mine explosion. Before the takeoff, coach Art “Pappy” Lewis walked over to Sam Huff and said, “There’s been an explosion in Jameson Number Nine. The pilots are in contact with everyone at home and we’ll let you know when we hear anything.” If the tragedy had happened one hour earlier, Huff would have been the only surviving male on either side of his family; all of the others had just vacated the mine.

The “Iron Indians” finished with a 5-4-1 record and didn’t have another winning season until 12 years later when Levy was head coach. 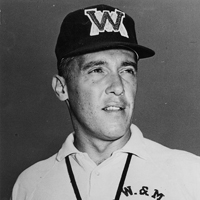 Under “Pappy” Lewis, the Mountaineers dominated the Southern Conference. In 1955, W&M lost, 39-13, in Morgantown against a Mountaineer team that was undefeated until late-season injuries cost it in losses to Pitt and Syracuse.

Among those who competed in 1955 was W&M’s Charlie Sumner, who played safety for eight years with the Bears and Minnesota Vikings before becoming one of the NFL’s most respected defensive coordinators. His more than 30 years coaching included two Super Bowl championships with the Oakland Raiders.

While Huff was a consensus All-American, he only made second team All-Southern Conference. Nearly the entire WVU starting team was all-conference, but W&M’s Jerry Sazio was chosen by the sportswriters over Huff.  Sazio was drafted by the Chicago Cardinals but for $500 more signed with the Hamilton (Ontario) Tiger Cats and played several years in Canada. 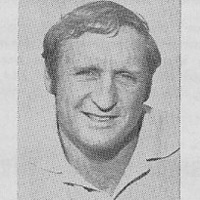 In 1957, WVU shut out W&M, 19-0, part of a winless season for the Tribe (0-9-1). However, the late Walt Brodie was named an AP second-team All-American, believed to be the highest honor given to a player on a team that hadn’t won a game.

W&M’s Larry Peccatiello, who played in the 1955, 1956 and 1957 games, joined Sumner as one of pro football’s leading defensive coordinators. During his three decades as an NFL coach, he won three Super Bowl rings during his 12 years with the Washington Redskins.

In 1966, despite losing the opening game in Morgantown, 24-13, Levy’s team ended the season tied with East Carolina for the Southern Conference Championship. Both W&M and ECU finished with 4-0-1 records. The next season Levy’s team and the Mountaineers tied, 16-16.

W&M won the Southern Conference championship again in 1970. The reward was a trip to the Tangerine Bowl, but Lou Holtz’s team lost to WVU and legendary coach Bobby Bowden, 43-7, in Morgantown. Holtz and Bowden met again the following year in Williamsburg, with WVU winning, 28-23.  The final game of the home-and-home series was a WVU victory 49-34 in Morgantown in 1972.

Saturday’s game will be a homecoming for Steve Cole, W&M’s associate athletic director.  He graduated from WVU in 1976 with a degree in physical education and athletic training and worked with WVU’s legendary Albert C. “Whitey” Gwynne. Cole has been with W&M for more than 30 years and in 2006 he was named the College/University National Athletic Trainer of the Year.

The late Bill Stewart, one of WVU’s all-time winningest football coaches, was Laycock’s offensive line coach at W&M from 1981-1983.  Stewart was named head coach at VMI in 1994, and a year later hired Mike Tomlin, who had just graduated from W&M, to be his receivers coach. The two remained very close until Stewart’s death last year.