Two William & Mary Law School students received some unusual training last year: they were able to assist a major law firm with a property rights case involving meteorites. Lillian McManus ‘12 and Brittany Law ‘12 will be able to add “space law” to the list of practice areas with which they have experience. 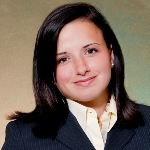 It all started on January 18, 2010, when the Lorton Meteorite fell out of the sky and into the examining room of Williamsburg Square Family Practice, which is located in Lorton, Virginia. The rock was small, only 2x3 inches, but clearly from outer space. Doctors Marc Gallini and Frank Ciampi chose to donate the meteorite to the Smithsonian National Museum of Natural History. The landlords of the building, however, claimed that the meteorite should belong to them, and legal arguments ensued.

The doctors retained the services of Keith R. Marino, BA ’89, JD ’94, a William & Mary alum who is a partner at Arent Fox LLP in Washington, DC, to help resolve the dispute. Marino contacted his old property professor, Associate Dean Ronald Rosenberg, and asked if he had any students who might want to provide some legal research on a particularly novel issue.

“I tasked the students with researching the law of ownership rights for meteorites in Virginia,” recalls Rosenberg. “There wasn’t any.”

So the students put together a memo about the history of ownership of real property in Virginia with analogous case law. Marino says the students’ work was very helpful. “They were able to provide us with excellent background sources and strong case precedent for our position.” 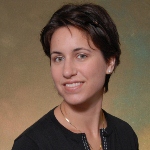 The students concluded that because the meteorite fell directly out of the sky, it was akin to lost or abandoned property. “In these cases,” they wrote, “the property rights rest with the finder against all but the ‘true owner.’ Because a meteorite, unlike a dropped piece of jewelry or wallet, has no ‘true owner,’ rights rest with the finder, or in this case the tenant.”

Their work was presumably persuasive. The landlords dropped their claims and the doctors were able to donate the Lorton Meteorite to the Smithsonian. For the rock, the Smithsonian paid the doctors $10,000, which was donated to Doctors Without Borders for their continued relief work in Haiti. And the students, along with anyone else, are able to visit the little meteorite in the Mason-Clarke Meteorite Vault in the Smithsonian’s Mineral Room.