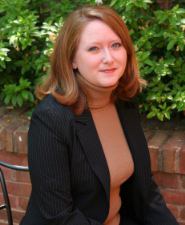 Shanda King ‘11 has been named the 2011-2012 Draper’s Scholar. The Draper’s Scholarship is awarded annually to a graduating William & Mary Law School student. The recipient enrolls at Queen Mary College of the University of London for a year of post-graduate study and may take any of the law courses offered there. The scholarship includes full tuition, round-trip transportation, room and board, and a living stipend.

“Shanda King will make an excellent Draper’s Scholar,” says Christie Warren, Professor of the Practice of International and Comparative Law, “and I know she will take full advantage of all that Queen Mary College has to offer. Her contributions in the Comparative Constitutional Systems seminar were insightful and thorough. Shanda quickly developed the ability to shift from a linear approach to constitutional theory to using a broader comparative lens, and she was able to effectively apply comparative frameworks to analyze issues confronting constitution-builders around the globe as they seek to build stable societies that lead to peace, equality and prosperity.”

King will study international and comparative law at Queen Mary College in pursuit of her L.L.M. After a year of coursework, she will write a thesis next summer. She says her interest in international law began the summer after her first year when she studied abroad in Madrid. When she returned to the Law School, she took a variety of international law courses and says she is excited for a year of deeper study. “I’m interested in comparative international law, in part because of my intellectual curiosity in the topic, but also because it’s very marketable knowledge,” King notes.

During her time in Madrid, King especially enjoyed a course on the European Union. The class studied the EU’s history and formation, as well as its current struggles with state sovereignty. “In Madrid, I learned so much about European history and what has shaped legal systems that are vastly different from ours. It’s important to have a broader perspective of why and what those differences mean in practice,” King says.

Back in Williamsburg, King took several international law courses, impressing her professors with her research and writing skills. King won the CALI award for best paper in Professor Warren’s course. “I wrote about political parties in Turkey and South Africa, studying how they can strengthen or threaten democracy in nascent governments,” King recalls. “The award was a real honor.”

King says she would eventually like to become a professor. She came to William & Mary after holding positions in student affairs at Duke University School of Law and career services at Charleston School of Law. “I’m excited to spend a year focused on one particular set of issues,” King says. “This will ideally become a lifelong scholarly pursuit!”