The Chesapeake Bay Program’s Scientific and Technical Advisory Committee (STAC) has appointed Kirk Havens of the Virginia Institute of Marine Science, College of William and Mary, to serve as the Committee’s Vice Chair and Chair-Elect. 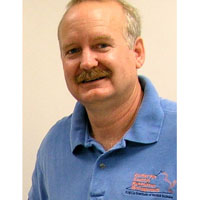 Dr. Chris Pyke, a 1996 William and Mary graduate and a former fellow with the Center for Coastal Resources Management at VIMS, was elected Chair. Pyke is currently Vice President of Research for the U.S. Green Building Council.

STAC is an advisory committee of scientists from across the Chesapeake Bay watershed who provide scientific and technical advice to theChesapeake Bay Program. Their independent advice is used by decision-makers at the state, local, and federal level to more effectively manage protection and restoration efforts within the Chesapeake Bay Watershed.

Havens, Director of the Coastal Watersheds program at VIMS, is an expert in the ecology and functional assessment of tidal and non-tidal wetlands, land-use and watershed issues, and environmental public policy.

STAC Coordinator Matthew Johnston says “Havens has been an extremely active member of the Committee during his service, participating in numerous scientific workshops to investigate issues affecting the Chesapeake Bay watershed. Most notably, he was instrumental in the development of an adaptive management framework for the Chesapeake Bay Program's monitoring activities.”

Havens says the proposed framework assures that “accountability, transparency, and adaptive management will be considered in the monitoring and restoration of Chesapeake Bay.”

Havens will serve a two-year term as STAC’s Vice Chair and Chair-Elect before his appointment to Chair in 2013.

VIMS professor Carl Hershner, himself a STAC past-chair, says “Kirk’s election as STAC vice chair testifies to his effectiveness as a representative of the Commonwealth’s scientific community to both the Bay Program and the state’s administration.”