If you're a freshman at William & Mary, you're phenomenal. After all, you are one of only 1,521 from a pool of 14,552. This feature series takes a look at just a few of the College's freshmen and the phenomenal qualities and experiences they have brought with them to W&M. – Ed.

Neal is a member of the Quapaw Tribe, a division of the larger Dhegiha Sioux that today makes its home in Oklahoma. And she hopes to share that culture with her William & Mary classmates. 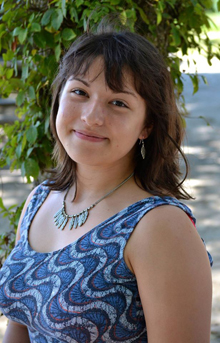 "I went to the diversity open house … and I saw a picture of the Native American Student Association" she said. "However, they told me that all three members have already graduated, so there’s no organization right now. But I hope to restart that.

"The idea is to go to local non-federally recognized tribes and tutor their kids or help them research, to find the documentation they need to apply for the legal status, because that's a huge issue facing them right now."

Ultimately, Neal said she hopes to meld her passion for international relations and government, which she is studying at William & Mary, with her desire to give back to the Quapaw and to help other tribes.

For now, she's working on learning more about her own heritage.

'A part of me I wasn’t aware of before'

Growing up in Richmond, Neal knew little about her extended Quapaw family in Oklahoma. Her mother’s father was Quapaw, but Neal’s grandparents split and her grandmother took the children first to Arizona and then to Virginia.

"My mom never met her father and was an estranged member of the Quapaw Tribe for her entire childhood," Neal said. Both of her mother's parents have since died. 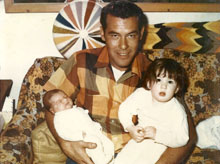 Aside from her long black braids hanging to her knees and some gentle encouragement from her father’s side of the family, Neal and her two older sisters grew up with little awareness of their cultural heritage. Neal began pressing her mother for more information as a teenager.

"She's been opening up to me as I've expressed more interest," she said. "I've found pictures of her riding a buffalo, things like that. Now she's shared with me, for the first time, pictures of her father. She was also doing some digging and contacted her relatives, so they've sent us pictures. They sent my mom's really old tribal card, which she never had before. It's crazy, that they [still] had it."

Neal began researching the Quapaw online and called the tribal government, speaking to a representative who explained more about learning the Quapaw’s language and how to further research her ancestry. She received her own tribal card.

"I was very afraid for a long time that because I grew up in white suburbia in Richmond that they would say, 'Oh, you're not one of us, even though your blood sort of makes you one of us.' But from what I understand if you're Quapaw, you’re Quapaw. It doesn't matter your blood quantum or what your skin color is, you're still part of the tribe. They are very open," she said. "It’s really nice to be a person that's much bigger, because I've never had that experience: knowing a new part of me that I wasn't aware of before."

'I am a Quapaw girl'

Today, Neal has learned some Quapaw. She can say, "I am a Quapaw girl," and mean it.

The tribe is helping to pay for her education at William & Mary. She hopes to visit Oklahoma and attend the Quapaw's annual powwow. 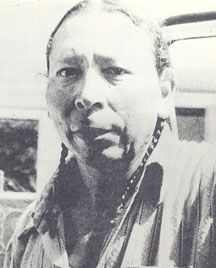 She also encourages others to research their own heritages, whether they are based on a family rumor of a Cherokee bloodline or simply a feeling of kinship. The education gained about oneself, the understanding of the challenges today’s native populations face and the sense of belonging to a particular family in humanity makes it a worthwhile endeavor, she said.

"Maybe someday I'll be able to help my tribe with government relations or with law," she said. "I can't think of anything better than to serve like that. That's a way to thank them for things they've done, things they don't even realize they've done for me."

The Quapaw, like any community, has its own struggles. It is home to one of the largest Superfund sites in the country, after intensive lead and zinc mining devastated tribal lands and people. Conflicts with the federal government over restoration continue.

Keeping younger generations engaged is another challenge, Neal said, adding that 100 years ago she wouldn't have been considered Quapaw.

"But now you can be 1/32nd and still be part of the tribe. It's more about embracing the culture than embracing whatever blood quantum the government decides you are."

She said she did not come to this understanding overnight. She struggled throughout her youth with questions of identity and stereotypes.

"No one believed me when I said I was American Indian in school, because I'm very pale," she said. "So I thought I should wear moccasins and be like Pocahontas and sing, 'All the colors of the wind.'

"But now I look back and I realize that wasn't the case. I can be what I am, which is part Quapaw, but also an American, and also a student at William & Mary, and also a friend, and also someone who's obsessed with international politics."