Sharan Grewal is an assistant professor of government at William & Mary and a visiting fellow at the Brookings Institution. He received a Ph.D. in Politics at Princeton University in 2018 and was subsequently a post-doctoral fellow at Brookings.

His research examines democratization, religion, and civil-military relations in the Arab world, especially Egypt, Tunisia, and Algeria. He has published in top political science journals, including the American Journal of Political Science, Comparative Politics, International Organization, International Studies Quarterly, and the Journal of Conflict Resolution, as well as mainstream media outlets like Foreign Policy and the Washington Post. He has been interviewed by the Wall Street Journal, Al-Jazeera, AFP, and Reuters, among other outlets. 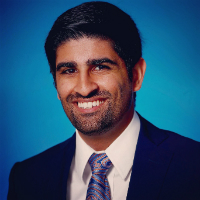 The Arab Spring was a wave of protest movements that emerged in almost every country in the Arab world in 2011. Motivated by decades of corruption, inequality, dictatorship, and police brutality, protesters took to the streets from Marrakesh to Manama demanding “bread, freedom, and social justice.”

The protests succeeded in toppling four dictators (in Tunisia, Egypt, Libya, and Yemen) and forced others to grant a variety of economic concessions and initiate some political reforms.

Social media was important, but I wouldn’t say it was the driving force. After all, the Arab world saw a wave of uprisings in the late 1970s and 1980s as well (often labelled “bread riots” for being prompted by subsidy cuts).

That said, social media most certainly played a role in how quickly the protests spread, with videos of the protests -- and of police abuse -- tugging on people’s heartstrings to join the cause (you can probably see the parallels to the videos that motivated the George Floyd/BLM protests last summer).

But the speed with which social media propelled the Arab Spring protests was both a blessing and a curse: it also made them more spontaneous, decentralized, and leaderless, which would in turn make it more difficult for protesters to stay united after the initial goal (such as toppling a dictator) was achieved.

So walk us through what happened next. Many say that the Arab Spring failed. Do you agree?

Yes and no. On the one hand, many of the countries that saw large, peaceful, and hopeful protests in 2011 have since descended into civil war – Libya, Syria, Yemen. Others like Egypt initially embarked on a transition to democracy only to quickly revert back to a renewed military dictatorship by 2013.

But there have also been more positive trends. Tunisia has emerged as a relative success story, transitioning to democracy and maintaining it since. It has held multiple free and fair elections and approved a new constitution through consensus and compromise. Morocco has also seen some political liberalization that has partially limited the powers of the King and empowered the parliament.

We have also seen renewed protests throughout the region starting in late 2018, including in countries that didn’t see much activity during the 2011 protests. In what some dubbed an “Arab Spring 2.0,” Algeria and Sudan both saw their dictators toppled by protesters in 2019, while Lebanon, Iraq, Egypt, Tunisia, Morocco, and Jordan, among others, all saw new bouts of protests as well.

So, it is a little too early to say that the Arab Spring is over or has failed. As the pandemic ends, we are already seeing a new wave of mass protests in Algeria.

How do you explain the differing outcomes of the initial Arab Spring? What made Tunisia succeed? What was unique about Tunisia?

Fundamentally it was because all sides were willing to come together and find common ground in Tunisia. You had – and still have -- major divisions in Tunisia: between Islamists and secularists, revolutionaries v. supporters of the old regime.

But in Tunisia, everyone was willing to come to the table in the 2013 National Dialogue and find a way forward: not to paper over their divisions, but to agree on a democratic framework, agree on the “rules of the game” (a new constitution, the electoral law) within which they would continue to compete.

The question then becomes why was Tunisia able to find common ground while other countries were not? I think there are three major explanations. The first is that Tunisians had a longer history of working together: the Islamists and the secularists had come together throughout the 2000s to oppose the former dictator, building trust and finding agreement on key principles that would later be enshrined in the 2014 constitution.

Tunisia also has a strong civil society, with four organizations including the labor union serving as the mediators of the 2013 dialogue (and going on to win a Nobel Peace Prize for their efforts). But third, and in my mind most importantly, Tunisians also had no other option: they did not have politicized security forces or armed militias that they could use to force their viewpoints onto others – they ultimately had no choice but to come to the table and negotiate.

In your recent WaPo article, you wrote:

Many see Tunisia today as the most democratic country in the Middle East. But ironically, the same factors that helped Tunisia’s transition survive its early years have since constrained its transition. Each of these factors — a willingness to compromise, a weak security sector and a powerful civil society — have, in their own ways, inhibited the consolidation of Tunisia’s democracy.

Can you elaborate/explain your statement?

Absolutely. While each of these factors helped Tunisia’s democracy at first, they have also had some dark sides. For many, the drive for consensus and compromise continued for too long, creating frustration on all sides and fueling the rise of more extreme, even populist parties, by the 2019 elections.

That has in turn produced a very fractured and polarized landscape that is making it difficult to get anything done. The relatively weak security sector, while helping Tunisia avoid Egypt’s path to a military coup, also created an initial security vacuum that has led successive governments to focus on security rather the economy.

When finally the government was ready to focus on the latter, it found itself stuck between the powerful labor union and united business sector: the strong civil society that helped Tunisia succeed later constrained its ability to deliver economically. Thus, while Tunisia might have emerged as a success story politically, there is much work to be done, particularly in making its economy work for all.

And perhaps does “success” look different to Western observers than it does to the citizens of these countries? Are the goals the same? And does that then affect how things are assessed?

That is major part of it. We have to remember that while freedom and democracy may have been one demand of the Arab Spring, the economy was another, and arguably even more important for the average person.

Tunisians today who are disillusioned with their democracy often quip that “you cannot eat freedom.” The original demands for bread and social justice have not gone away, and until they are satisfied, many Tunisians will not consider their country a “success story.”

Regionally as well, until Tunisia becomes more prosperous economically, it is unlikely to inspire and serve as a model for future protesters in the region.