Candlelight march to take place between Wren and Sadler

The event, sponsored by the Center for Student Diversity and the Student Assembly, will take place in the Sadler Center’s Commonwealth Auditorium from 7 to 9 p.m.

Titled “Fulfilling the Legacy of Dr. Martin Luther King Jr.,” the conversation with Martin will be moderated by Bobak Kasari, assistant to the dean of students. In January, the Center for Student Diversity will solicit questions from the campus community to be asked at the free event. 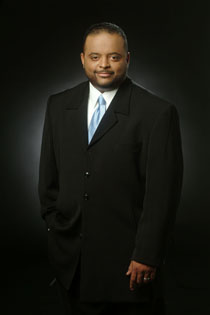 This will be the second time that Martin has helped W&M honor the life and legacy of King. He served as the speaker for the university’s King commemoration in 2009.

“We are excited to have Roland Martin return back to campus,” said Shené Owens, assistant director of the Center for Student Diversity. “Roland Martin was the first name to come to mind when choosing a speaker for the 2019 Dr. Martin Luther King Jr. Commemoration. He is a respected journalist who is also an advocate for education and a proud member of Alpha Phi Alpha Fraternity, Inc., as was Dr. King.”

“Through a moderated conversation, attendees will gain a better understanding of King’s work and impact as it relations to the state of our country today.”

Martin is currently the host and managing editor of the online show #RolandMartinUnfiltered, according to his website. He is also a senior analyst for the Tom Joyner Morning Show, a role he has held since 2008.

Previously, he served as a contributor for CNN and as a radio talk show host for WVON-AM in Chicago. He has also been the executive editor and general manager of the Chicago Defender, a founding news editor for Savoy Magazine, owner and publisher of Dallas-Fort Worth Heritage and managing editor of the Houston Defender and Dallas Weekly among numerous other media roles.

Martin has written three books: “Listening to the Spirit Within: 50 Perspectives on Faith”; “Speak, Brother! A Black Man’s View of America”; and “The First: President Barack Obama’s Road to the White House as originally reported by Roland S. Martin.”

He has been named four times by Ebony Magazine as one of the 150 Most Influential African Americans in the United States. He has received myriad other accolades throughout his career, including more than 30 awards for journalistic excellence. In 2013, he was named Journalist of the Year by the National Association of Black Journalists.

Before the commemoration event, a march in honor of King will be held on campus, starting at the Wren Building at 6 p.m. The march will begin with a brief reflection on King, led by representatives from the Center for Student Diversity, Kappa Pi chapter of Alpha Phi Alpha Fraternity, Inc., the William & Mary chapter of NAACP and the Black Student Organization. Participants will then light candles and march to the Sadler Center for the conversation with Martin.

Owens said that both events are meant to celebrate the life and legacy of King.

“He devoted his life advocating for equality, human rights for African Americans, the economically disadvantaged and all victims of injustice,” she said.