History Professor Susan Kern has been named the executive director of William & Mary’s Historic Campus, a position charged with the preservation and interpretation of the university’s most historic buildings – the Wren, the Brafferton and the President’s House – and with research, writing and teaching about the early history of the College. 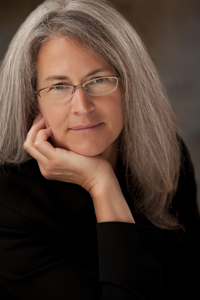 Kern, who earned her doctorate in history from William & Mary, will step into the role of chief preservation advocate for the College’s historic buildings following the retirement of Louise Kale in August. Kale grew up on the William & Mary campus and worked for the university for nearly 40 years.

“Louise Kale’s stewardship of William & Mary’s historic campus has been magnificent,” said President Taylor Reveley. “We owe her a huge debt of gratitude. Louise leaves each of our iconic buildings in a radically better state than was the case when she first took charge of the historic campus two decades ago. Now we are very fortunate to have Susan Kern assume the mantle. An accomplished scholar and teacher, well versed in the colonial era, Dr. Kern is ideally suited for the post. The historic campus will remain in excellent hands.”

A visiting associate professor of history at William & Mary, Kern specializes in material culture of the American South and public history. She has more than 20 years of experience in teaching and research with a focus on architectural history and historical archaeology. A prolific scholar, Kern has published multiple articles and reviews, and her award-winning 2010 book The Jeffersons of Shadwell was submitted by Yale University Press for the 2011 Pulitzer Prize in history.

As executive director, Kern will be responsible for the preservation and maintenance of the Historic Campus, which includes the Wren Building, President’s House and Brafferton. Additionally, Kern will plan and manage all archaeological excavations on the Historic Campus in coordination with other campus departments. Within the Wren Building alone, she will help manage a schedule of more than 500 events a year. Kern will also be responsible for the antique furniture and decorative arts in the President’s House and President’s Art Collection. She will oversee 12 budgets and supervise a staff of four.

“Becoming steward of William & Mary’s Historic Campus is a lifetime opportunity to practice history and preservation amid architectural jewels, rich archaeological resources and a storied past,” Kern said.  “The College Building (the ‘Wren’), the Brafferton and President’s House, have been in good hands under Louise Kale’s guidance. My job is to keep them on sound footing to ensure a vibrant role for them in William & Mary’s present and future.”

Kern will also be charged with conducting and commissioning research that will add to what is known about the Historic Campus. She will teach courses in related areas, particularly topics that incorporate the social history and visual and material culture of the College.

Kern is stepping into the executive director role at an exciting time for the Historic Campus, as multiple ongoing research efforts look to uncover more about the people who lived, worked and studied there.

“As an historian, I’m particularly excited to be part of this moment when research on the boys at the Brafferton Indian School, the children of Williamsburg’s Bray School, and slaves who built and worked on this campus -- whose lives imprinted the very fabric of this College -- challenge the stories we tell through our buildings and what they mean to us today,” she said.

After receiving her undergraduate degree from West Chester University, Kern earned her master’s in architectural history from the University of Virginia and her doctorate in history from William & Mary in 2005.

She has worked as a consultant on architectural and archaeological field work for several Virginia companies, including Williamsburg’s James River Institute of Archaeology and Cultural Resources, Inc. Kern additionally spent several years at Monticello, fulfilling a number of roles, including acting director of archaeology, field school director and research fellow in archaeology. She also taught multiple courses at the University of Virginia between 1992 and 2009.

Kern has been the coordinator of internships for the National Institute of American History and Democracy at William & Mary since 2002, where she has acted as a liaison between William & Mary and the Colonial Williamsburg Foundation, placing 175 students in museum internships. In 2005, she became the director of NIAHD’s collegiate programs, expanding the program to include students outside of William & Mary. Kern has taught in the Lyon Gardiner Tyler Department of History since 2006, becoming a visiting associate professor in 2012.