In some settings, an encore is applauded; when that encore occurs in the form of a repeat visit to the hospital, it’s not. The good news, as recently discovered in a new study by Jennifer Mellor, professor of economics and director of the Schroeder Center for Health Policy at William & Mary, and Molly Smith ’16, is that repeat visits for Medicare patients in Virginia are on the decline.

Mellor, Smith and Michael Daly, a research associate with the Schroeder Center, recently examined the readmission rates of Medicare patients treated for certain conditions and found that those treated for acute myocardial infarctions, or heart attacks, are 2.5 to 2.8 percentage points less likely to return to the hospital within 30 days following treatment. The finding, they said, is likely the result of the Hospital Readmissions Reduction Program (HRRP), which was implemented under the Affordable Care Act in 2012.

“The HRRP was included in the Affordable Care Act as a way of incentivizing hospitals to reduce readmissions of Medicare patients,” said Mellor. “Readmissions are a problem because they suggest that something was perhaps missed during the initial hospital stay — either the quality of care wasn’t up to snuff or the hospital discharged the patient too quickly. They’re also costly, because Medicare pays a fixed sum each time a patient is admitted, regardless of the length of stay. Studies show that readmissions cost Medicare billions of dollars in one year alone.” 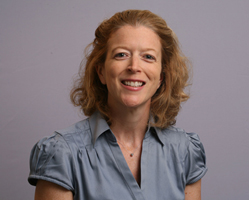 Their study, which was published online in the journal Health Economics in July and will be in print soon, is the first to examine the effects of the HRRP in Virginia, and the first nationwide study to find robust data indicative of the program’s effectiveness. It’s also the first published research paper to come out of the Schroeder Center’s seven-week summer research program in partnership with Eastern Virginia Medical School.

“There are lots of opportunities to do undergraduate research at W&M,” said Smith, who was among the first three students to participate in the summer research program in 2015. “But, as a student interested in health policy, it was especially unique to work with researchers who are on the other side of the coin. We know about policy, numbers and data, but they have a more solid understanding of what goes on with patients and in hospitals, so they can offer a different way of looking at similar health issues.”

Over the summer, Smith connected with Dr. Paul Chidester, vice president for medical affairs at Sentara Healthcare, who helped define comparison groups for the HRRP study and provided information on how a hospital might handle financial incentives.

“He was helpful because he gave me insight into how the policy implementation would be impactful for him and his hospital versus a hospital in a different area that sees a different population of patients,” Smith said.

Smith, Daly and Mellor began their research by examining a database that consists of approximately 850,000 hospital discharge records per year and whittling that down to include only those relevant to their analytic data. This included records of Medicare patients readmitted for three conditions (those subject to penalty by the HRRP, which include heart attacks, congestive heart failure and pneumonia) at hospitals considered at risk for the penalty. Hospitals are only penalized if their readmission rate exceeds the national average, so those with rates safely below the national average before the penalty went into effect were deemed “not at risk.” The team then pulled out additional records to use as comparison groups.

“We used a triple difference design for our study,” said Mellor. “We looked at the differences in readmissions before and after the program went into effect, in the treatment of Medicare versus non-Medicare patients, and in hospitals who were at-risk for the penalty versus hospitals who were not at risk. This helped us pinpoint the impact of the policy more clearly.”

After analyzing the data, the results revealed that the reduction in readmission rates is concentrated among Medicare patients treated for acute myocardial infarctions at hospitals at risk for the penalty. (These effects, Mellor notes, were not seen with other HRRP-affected conditions, possibly because treatment and recovery for those conditions are more complex.)

“We didn’t see readmission reductions for patients treated for different conditions not subject to the penalty. We didn’t see it for the privately insured, and we didn’t see it in hospitals who were safely below the penalty zone,” said Mellor. “So we can be reasonably confident that this is an effect that’s driven by the policy. A 2.5 to 2.8 percentage point decline suggests that the hospitals were doing something to respond to this penalty.”

What that is, however, remains a mystery. The team studied potential contributors to reduced readmissions — such as a longer stay or increased number of tests and procedures during the initial admission — and couldn’t find any indication as to what occurred.

“Our best guess is that it has something to do with how the hospitals are able to coordinate the patient’s care outside the hospital,” said Mellor. “Either that or there’s something going on within the hospital that we can’t observe on a discharge record, which may well be true because quality of care is very difficult to quantify.”

Mellor said the publication of Smith’s study is a testament to the impact the summer research program with EVMS can have on students and on research. In addition to exploring the effects of the HRRP further, Mellor is also pursuing publication on another student’s project developed this past summer on a different healthcare issue facing the Commonwealth.

“As a center for health policy at a state institution, I think it’s really important that we start looking at problems at home first,” she said. “The discharge data we have is a great resource, and one that I think is underutilized in the Commonwealth.”