Just in time to kick off the Year of the Horse, renowned pianist Anna Kijanowska is gearing up for a concert tour across China that will take place Mar. 1-17. 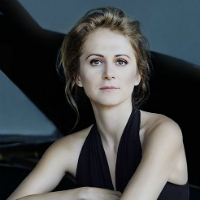 During the tour, organized by the large Chinese management firm Wu Productions, the instructor of piano in William & Mary’s Department of Music will perform alongside the Hubei Symphony Orchestra at Quintai Concert Hall in Wuhan and give solo recitals in major venues like the Chen Xing Concert Hall at Bei Hang University in Beijing, the Shanghai City Theater and the Nanjing Arts Center.

In addition to her performances, Kijanowska will also offer master classes and lectures at conservatories and universities across the country.

“I have been to China three times before, and did a number of concerts, master classes and lectures in Beijing, Inner Mongolia and Guangzhou,” Kijanowska said.

For this tour, however, Kijanowska wanted to see a different side of the country.

“This time I wanted to experience the real Chinese concert scene—larger halls with 1000 seats plus—and more professional organizations, as well as to visit some other provinces in China,” she said.

Kijanowska is no stranger to travel. After earning a master of music in piano performance and piano pedagogy from the Music Academy in Wroclaw, Poland, she then traveled to the United States in 1995 where she studied at Boise State University in Idaho. She received her master’s and doctorate degrees in piano performance from the Manhattan School of Music, and has since taught and performed across the States and around the word.

In 2010, Kijanowska began a five-semester world tour during which she taught at the University of Nevada in Las Vegas and gave classes and performances around the world, including in Singapore, New Zealand, The Philippines, Indonesia, China, Brazil, South Africa, Australia, Peru and her native Poland.

A classical pianist, Kijanowska believes her international career helps her both connect with her audiences around the world and in her daily interactions with the diverse student community at William & Mary.

In fact, part of this tour has been made possible by Kijanowska’s strong relationship with her students.

“One of the concerts is organized by a William & Mary alumnus and my former student Ricky Lu, who was able to invite me for an orchestral performance in Wuhan,” she said, noting that another student, Erya Yang, has been instrumental in finalizing the tour and arranging sponsorship with Jiuzhaigou Natural Industry.

While Kijanowska hopes to use her Chinese tour to showcase classical music, she also plans to have a good time travelling.

“My goal is to promote classical music and especially Polish composers in China, but also possibly to recruit future students to William & Mary,” she said. “I am very much looking forward to seeing my former students in Shanghai and Wuhan, eating lots of delicious Chinese food, and experiencing large audiences in newly opened and beautifully designed concert halls.”