Every year, the W&M Alumni Association honors a select group of outstanding young faculty members who represent William & Mary at its very best. 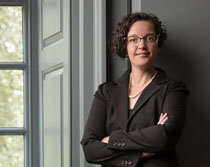 Blazer studies the relationship between religion and popular culture, incorporating race, class, gender and sexuality. Her latest book, “Playing for God,” examines female Christian athletes and their roles in sports ministry. “These women were interested in rethinking femininity, challenging condemnations of homosexuality in their tradition, and shifting gender roles in their marriages,” she says. Since the publication of the book, she has spoken at conferences worldwide about her research.

Her next project will focus on the effects of rapid gentrification on black church communities in the Church Hill area of Richmond, Virginia. When she returns from her sabbatical year, she will teach a class on the intersection of religion and American politics as a Reveley Interdisciplinary Fellow.

Blazer came to William & Mary excited by the interdisciplinary approach to research and teaching and the opportunity to create her own classes. She is impressed by the way W&M students rise to the challenges put before them in both in-person classes and online. “The students are so good. You can really ask them to do a lot, so my strategy over the past couple of years has been to elevate the students and try to slip into the background.” 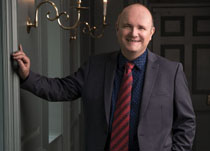 Chouin was director of the French Institute for Research in Africa, based in Nigeria, when he got the offer for a professorship at William & Mary. A French citizen and expert in medieval and early-modern West Africa, he had been introduced to William & Mary through an Omohundro Institute seminar in Ghana and was hooked.

“What I really appreciate here is the collegiality. I’m in a department that’s really like a family,” he says. “Students are also playing an important role in that. They’re good, they’re excited and classes are quite small — that’s part of this getting close to each other, knowing each other and being able to have a relationship with these students who are really interested in the subject.”

His current project develops the hypothesis that the Black Death came to sub-Saharan Africa and caused drastic societal change. His research combined historical and archaeological methods of looking at peoples and landscapes locally, globally, in the short term and over hundreds of years.

In his classes, including the COLL 100 option “Africa as an Idea,” Chouin encourages students to think critically about how they were taught about Africa and what stereotypes they may hold. Students read current articles and create projects that use transferable communication and digital skills to teach others about the subject. “I try to have a very practical approach to history,” he says. “I try to show that issues are always more complex than we think they are.” 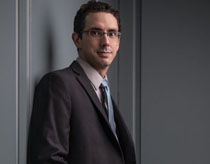 Growing up on Long Island, surrounded by beaches, Hein became fascinated by coastal change. “You go to the beach in summer and it looks entirely different from the beach in winter,” he says. “You can watch earth processes in action, watch the landscape form, watch the landscape change and recognize these same processes are acting over hundreds to thousands of years and forming the landscapes that we see today. That was appealing to me.” Now, as an assistant professor at William & Mary’s Virginia Institute of Marine Science, Hein studies barrier islands in his quest to understand geological change over the past 6,000 years, and how coasts may change in response to climate change in the future.

His goal is to get students, whether they are in their first geology class or are pursuing a graduate degree in the field, to be able to visualize how the physical environment changes over time. “To be able to take a student and teach them the basics that allow them to then look at the world in that way and maybe see it for the first time — to me, that’s what it’s all about,” he says.

Hein’s work has taken him to Brazil, France, Australia, Egypt, Alaska and Svalbard, among other places, and his ideal vacation includes more of the same: taking sediment samples, hiking and backpacking, and getting to know the landscape of each place he visits. Field work is one of the ways he engages undergraduate and graduate researchers in geological study.

“This is not the type of work that can be done alone. You need a team, and William & Mary students make for the best field crew that I’ve ever had,” he says. Students help with his research projects but also pursue their own projects under his mentorship. “That’s the exciting part of it: to watch students grow as researchers. Not just as learners, but as scientists.” 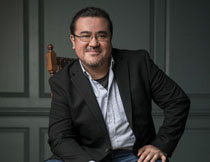 Terukina considers himself shy, but he comes alive when he discusses the intersection of early modern literature and economics.

“Sometimes my colleagues in modern languages think I’m a renegade, because I’m one of the few in the department who likes math,” he says.

He initially thought he’d become a mathematician, but while getting his undergraduate degree in Peru and studying abroad in Spain, “when we started doing medieval and early modern topics, I realized that I didn’t understand anything. And that lack of understanding is what motivated me to get into this.”

Terukina just completed what he describes as a “very controversial book,” recasting 17th-century Mexican author Bernardo de Balbuena as a colonizing Spaniard instead of a Mexican cultural hero. In his latest projects, he hopes to offer new and different readings of well-known early modern Hispanic texts using the economic theories offered by Aristotle and Thomas Aquinas.

Terukina says he is impressed with the intellectual curiosity of William & Mary students. “The texts that we discuss are in 16th-century Spanish, which is different from contemporary Spanish, and yet students adapt and engage quite quickly,” he says. “Once we understand that our own perspective is artificial, arbitrary and unnatural — not universal or timeless — it’s easier to transition into these other perspectives that are chronologically other but also culturally other.” 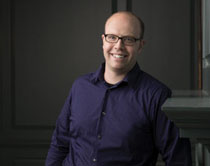 He describes himself as a bioorganic chemist. “I use chemistry and chemical tools to study and solve biological questions,” he says, including synthesizing amino acids to use in diagnostic and therapeutic applications like chemotherapy. Students assist in his research as well as test research questions of their own.

“My philosophy is that, especially in the sciences, we’re so jargony; what I try to do is communicate my enthusiasm and passion for science to students and make it more applicable,” Young says. He uses YouTube videos, song parodies, and practical applications to encourage students to learn the material and use it to think critically about their world. “I’ve been blown away by the caliber of the students and just how dedicated and passionate they are about a wide variety of things,” he says. “This is an exciting place to be.”