Although the Asian and Pacific Islander American Studies Program was just established at William & Mary at the beginning of May, students have been pursuing degrees in the discipline for nearly 10 years with self-designed interdisciplinary majors.

Edward Hong ’09 was the first student to receive such a degree, focusing his work on the history of Asian American performers. Now an actor in California, he is not only using what he learned to inform his craft, but to also contribute to conversations  about race in TV and film in a time when the “whitewashing” of Asian or Asian American roles has garnered national attention. 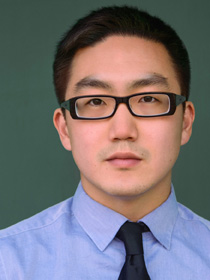 “I’m really glad I did it because when someone knows the history of things, you have a better understanding of where things need to get better,” he said.

Hong decided to pursue the self-designed major in Asian American studies during his junior year under the guidance of Theatre Professor Francis Tanglao-Aguas.

“I was very much into that because I was very much an advocate for these ethnic studies courses, whether it be a Latino American major or black studies major,” Hong said. “By having the self-designed major and making it a reality, it was definitely a way for other students to follow.”

And follow they did. A total of 13 students have graduated from W&M with a self-designed major in the discipline, each tailored to the interests of the individual student. 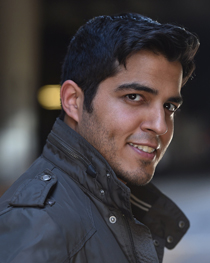 h them a process of creation and innovation. … We graduate people who know how to create their own opportunities based on the knowledge base that is APIA studies, and we’ve proven this.”

After Hong, Hasan Ali ’12 and Abhay Ahluwalia ’12 were the next students to pursue self-designed majors in Asian American studies, focusing on theatre and cinema. Ali also majored in process management consulting, and Ahluwalia studied business consulting with a concentration on marketing.

“I was interested in pursuing a degree in APIA because no other major allowed me to take the classes I was truly interested in,” said Ahluwalia, who, like Hong, is now an actor in California. “I would also add that I probably learned the most I have ever in my life about East and South Asian cultures by really diving into their histories through storytelling, performing, and watching historically relevant videos as well as modern pieces of art and film. Having Francis as my professor also helped a lot because he was so interested in everything he was teaching that it was hard for the energy to not rub off on his students. ”

Ali, who founded his own K-12 tutoring company in the Washington, D.C., area after forgoing an acceptance to medical school, said that the major helped give him the confidence to make bold choices with his life.

“It will give you this set of resources and equip you with this sense of individuality and uniqueness,” he said.

“… I think the value of it is immense. I definitely loved it, thought it was a fantastic experience, and if I had to do it all over again, I would, and this time around I might start even sooner.” 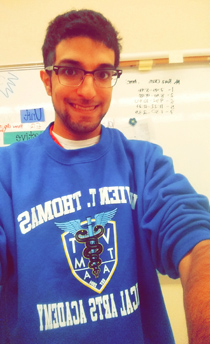 Arya Espahbodi ’15 was among the fourth group of Asian American studies majors at the university, along with Jonathon Hsu ’15 and Paul Atienza ’15. He focused his major on Asian American diaspora studies while also majoring in applied mathematics with a scientific concentration.

As someone who is half Iranian, a quarter Indian and a quarter Hispanic, Espahbodi was interested in learning about his own identity, he said.

“Furthermore, I was curious to learn about the identities of others with similar/different backgrounds and how our identities are similar/different,” said Espahbodi. “Outside of my family unit, I did not know much about Iranian, Indian and Asian Pacific Islanders in general.”

Pursuing the major allowed Espahbodi, now a high-school teacher in Baltimore, to learn about his similarities and differences with those peoples and others, he said.

For example, in a Asian Pacific American history class that Espahbodi took, Assistant Professor of Africana Studies and History Chinua Thelwell asked the students to make personal connections to the classroom topics.

"One topic was Japanese internment," said Espahbodi. "A direct result of widespread fear of Japanese Americans during World War II, internment is very similar to the issue of Islamophobia today as some political figures are willing to categorize and marginalize an entire group of people because of irrational fears of others."

Espahbodi and the other Asian American studies alumni were delighted to see a program for Asian and Pacific Islander American Studies established at the university earlier in May so that current and future students can more easily pursue their interest in the field.

“I think the new APIA program will allow students to easily access the program of study they are interested in without having to put together their own major like me and my peers did,” said Ahluwalia. “Until we had approval from William & Mary, we simply did not know whether these classes we were taking would count toward anything. It was a relief to get the approval letter back when I submitted my Asian American theater and film major for consideration.”

Ahluwalia thinks it’s important that William & Mary expand its APIA studies offerings as well as similar ethnic studies programs so that students get a better understanding of “what it means to be human in different parts of the world,” he said.

“The students in these classes will someday be the leaders of the world, and the more we learn and understand in college not only makes us love and appreciate people from various parts of the world even more but also allows us to realize that they too are human like us,” said Ahluwalia. “They experience happiness, sadness, hunger and pain. They may have different ways of dressing and expression than us, but they are equally as human. It is that understanding which I believe allows us to respect one another and ultimately live in peace and harmony without feeling the need to press upon others our way of living or beliefs.”

As Hong pursues his acting career, what he learned through Asian American studies is always on his mind – whether he is discussing the historical context of modern-day “whitewashing” (white actors being cast as Asian or Pacific Islander characters) or deciding whether he should take a stereotypical part – even if he could really use the money.

“There have been times where I’ve turned down auditions, I’ve turned down roles because of that, despite my agent going, ‘It’s not that big of a deal,’” Hong said. “I’m like, yeah, but I think it is because there is nothing of value to come from this role. It’s just going to make people look at Asians in a very negative light, and that’s not something I want to play.”

Although Hong has several roles coming up on the big screen and TV – including a part in the upcoming Dakota Fanning movie “Please Stand By” and a recurring role on the series “Devious Maids” – one he will always be known for at William & Mary is the university’s first Asian American studies major.

“It’s weird to see anyone who is part of history. When you think you were the first, you were the benchmark, the pioneer, it’s always a weird feeling that you are part of something much greater,” he said. “At times, I’m like, I’m just an actor, I don’t really see how I pioneered or contributed to history in any way, but when I see this Asian American minor be official now, it’s like I played a part in that, and it led to so many things to come.

“My reaction was kind of disbelief, but once that went away, it was sheer happiness that this is becoming an official path for students to take.”