Ocean can credit his new status to three undergraduates from William & Mary, whose mathematical model analyzing musical influence recently earned the trio the title of “outstanding winner” in the international Mathematical Contest in Modeling (MCM) directed by COMAP.

COMAP is the Consortium for Mathematics and its Application, a nonprofit organization devoted to the advancement of mathematics education for all ages. Each year, COMAP sponsors a competition, offering a set of open-ended math problems for analysis.

This year’s contest was held virtually over a single weekend, from February 4 to February 8, during which time teams of three students researched, modeled and wrote a solution to an open-ended interdisciplinary modeling problem.

A total of 16,059 teams participated in MCM’s Interdisciplinary Contest in Modeling and only 19 were selected as “outstanding winners.” William & Mary was the only team outside of China to receive such designation.

William & Mary was also named one of the top four teams in the entire competition, earning the team the International COMAP Scholarship Award, a $9,000 scholarship to be split among the team members and $1,000 awarded to the school represented. William & Mary was also named a top team by the Mathematical Association of America (MAA) and the Society for Industrial and Applied Mathematics (SIAM).

Shelburne was a member of last year’s team, which also earned the title of “outstanding winner” and was awarded the Leonhard Euler Award and the $10,000 COMAP Scholarship Award.

“This is back-to-back wins for us,” said Anh Ninh, an assistant professor in W&M’s Department of Mathematics who advised this year’s team. “I hope we can continue this tradition and more students across campus – not just math – will participate in data analytics and modeling competitions like this one, because they are so interdisciplinary in nature. Having people from diverse fields like math, computer science and business will create great teams for us in the future."

Thomas and Shelburne first entered the competition as freshmen, earning "successful participant" the first year and "honorable mention" when they entered again as sophomores. Now, the William & Mary team that Shelburne has been a part of for all four years has earned "outstanding winner" twice.

“I'm thrilled to have won this competition for a second year, and I'm very grateful to my brilliant teammates; loving both music and math really paid off this time,” said Shelburne, who describes himself as a “music nerd” and will be attending graduate school for mathematics at the University of British Columbia.

Heinbaugh said that despite her lack of experience with competition, Thomas and Shelburne made her feel like an integral part of the team.

“I wanted to do the best I could and play to my strengths: coding and organization,” said Heinbaugh, who is a computer science major and used Python and neural networks to cluster data and validate metrics for the team.

Both Shelburne and Thomas say they have seen themselves grow as researchers and writers during the past four years at William & Mary.

“I am honored that this result reflects that progress,” said Thomas, a physics major who will be starting a Ph.D. program at UMD College Park next year, focusing in condensed matter theory. He is also part of Syndicate, a campus hip-hop dance group, as well as a member of the W&M Club Fencing Team and the symphony orchestra, where he plays the trombone.

“I really enjoyed pairing my love of music with a love of mathematics for this year’s competition,” he said. “It’s a relationship that I don’t often get to explore.” 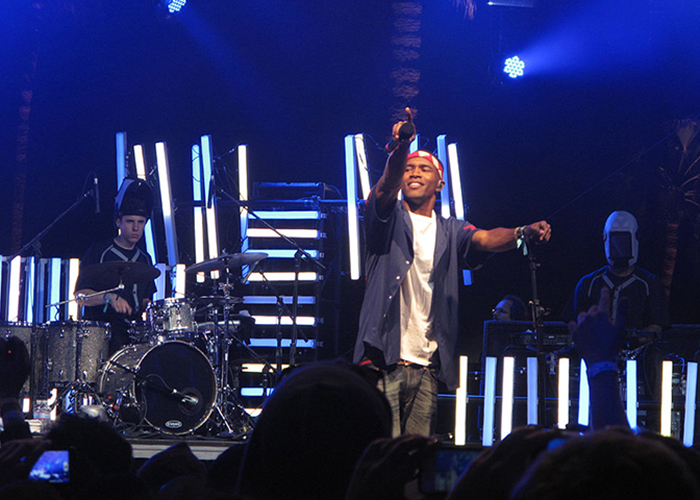 According to the competition’s website, the Interdisciplinary Contest in Modeling “is designed to develop interdisciplinary problem-solving skills in science, technology, engineering, mathematics (STEM) and the humanities, as well as competence in data science and written communication.”

The contestants select one problem from a set of problems that require data analysis, creative modeling and scientific methodology to solve, along with effective writing and visualization to communicate.

William & Mary’s team selected Problem D, the Operations Research/Network Science problem, which typically aligns with the kind of problem-solving taught in W&M’s Computational Operations Research program. This year, Problem D involved analyzing musical influence of artists and how it may appear in the attributes of the music they create.

The team was provided four datasets from the Integrative Collective Music Society. The students analyzed data on the music of 5,854 artists to develop a model to measure influence of the artists and track the similarity of music. They used these two measurements to understand musical evolution, to analyze musical influence between artists and to identify artistic revolutionaries.

The judges remarked in a press release that, owing to the multi-disciplinary nature of the problems, teams solved these problems using a wide variety of methods and tools.

William & Mary’s team constructed a data-based model capable of analyzing musical influence in terms of genre and content over the past 90 years, breaking each decade into its own musical period. The team designed a quantitative way to rate both the direct and indirect influence of any artist, as well as an artist’s effect on their own and other genres. They used a combination of four factors, all based on a network of artists’ reported influences.

Using all these determinants, the team found Frank Ocean to be the overall most influential artist of the 21st century. The team considered both direct and indirect influence as a way to measure the impact of a single artist on the musical network as a whole. In their winning paper, the team gives the example that many artists list Elvis Presley as a major influence.

“[They] no doubt recall his hit song ‘Hound Dog.’ However, ‘Hound Dog’ was written by the lesser known artist Big Mama Thornton. Thus, any follower of Elvis was probably also influenced by Big Mama Thornton, even if they do not cite her as an influence,” they write.

In trying to further break down the data into genre, the team hit a snag. They found that genre does not predict or correlate with musical elements, so in a novel solution, the team created their own categories based on aural data alone.

The team developed four “Sonic Genres,” named after famous songs that roughly represent the sound of each category as a whole. They created “Here Comes the Sun” Genre for folksy music, the “Thunderstruck” Genre for high-energy music, the “I Will Survive” Genre for danceable music and the “Swan Lake” Genre for instrumental music. They then trained a sequential-modeled neural network to predict genre from sonic variables, rather than established genres.

“We could thus craft detailed, parallel histories of musical evolution in terms of both the genres we know and the ‘Sonic Genres’ that naturally emerge from sound content alone,” they write. “With these tools, we believe we could identify and discover many fascinating periods of change; perhaps one day Barry White will be considered as much of a revolutionary as The Beatles.”

Having developed tools to analyze musical influence and sonic similarity across the entire network and subnetworks within their model, the team next began to classify musical revolutions.

The team’s model suggests that the 1930s were the most significant period of change in the sonic properties of music overall in the last 90 years. The team identified the blues artist Howlin’ Wolf and the jazz artist Nat King Cole as two of the top revolutionaries who started out during that period.

“We did our best to support our choices with background research, but the final list of artists considered influential and revolutionaries were impossible to validate against a ground truth,” the team writes. “This speaks to the nature of using math to determine musical revolutionaries and influence; some elements will always be subjective and difficult to quantify in a fair way.”