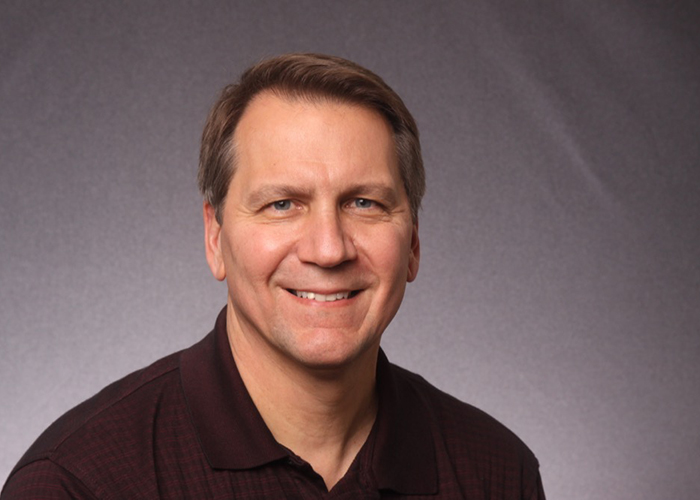 Michael Deschenes is professor and chair of Kinesiology & Health Sciences at William & Mary. He specializes in the neuromuscular system, the network of nerves that connects our brains to our muscles. In a study published in Experimental Gerontology, Deschenes and a team of four W&M undergraduate co-authors examined the neuromuscular system during endurance training with the goal of learning how its response varies with age.

The team found that young tired muscles produce the same amount of force as old tired muscles after continual stimulation, meaning fatigue may make young muscles behave like aged ones.

William & Mary News spoke with him about a recent headline-making study, which he was not affiliated with, that found one’s metabolism does not slow with middle age, as is the popular belief.

Let’s talk about this metabolism study that was just published in Science. It’s been described as “groundbreaking” and “shocking” by the media, but your decades of research on age and exercise seem to demonstrate this exact point – that age really isn’t the reason we gain weight and slow down in middle age.

It sounds so smug to say this, but the conclusions were in no way surprising to me. When I first saw the news coverage, I thought “Wow! This is going to turn everything on its head.” You would think from the headlines that the findings were earthshattering – that this study was going to totally redefine the field, but the conclusion was exactly what I would have predicted.

In fact, it’s what I have been finding throughout my research career: metabolic rate is going to parallel changes in muscle mass, which does not have the relationship to aging that people think.

For instance, let’s look at the first year of life, when your metabolic rate skyrockets. Well, that's when you're packing on all that muscle. Think of what you weigh when you're first born compared to what you weigh when you're a year old. But, if you think about it, for a good part of our adult lives, from age 20 to about 60, we basically maintain the same muscle mass. That means that our metabolism should be about the same during that period as well, which is what this study found.

Media tends to focus on the findings, but in this case, the methods were pretty fascinating to me.

Absolutely. It deserves to be a landmark study because of the way they did it, because of the sheer scope of it. That’s what really blew me away. They had such a comprehensive dataset, that you can have a lot of confidence in their claims. Think about it, they had six and a half thousand people, with ages ranging from eight days to 95 years – and they had good, effective measures of metabolic rate for every one of those people. That in itself is remarkable, but the findings to me were not remarkable. That said, the findings were vitally important for the public to understand.

What is so important for the public to understand?

The study underscores the point that your body is a working tool, and we forget that it was always meant to be a working tool. It was never meant to be sitting there like a potted plant all day. Our lifestyle is what causes us to gain weight, and then we blame things like our aging muscles or our metabolism, but in reality our bodies are not designed to be sedentary.

We’re built to be working instruments, to gather food, defend from predators, build shelter, haul water. In the grand scheme of humanity, it was only recently that we became such a sedentary species – and we’re suffering the health consequences of that.

It doesn’t take a lot to reverse course. We just have to get back to being somewhat active on a fairly regular basis, not real hard exercise, but steady. What we see in this study, when you look at the time components, they're exactly lining up with how we gain and lose muscle mass throughout our lives.

When we start losing it, that's when we run into problems. Not just because we're not doing the exercise that we need to stay strong, but also because we lose muscle mass that can cause you to have problems with managing blood glucose, or develop osteoporosis, because strong muscles equals strong bones. If you're not exercising, you're not caring for all these other parts of yourself.

Let’s talk about that 60-year mark that the metabolism study outlines. What in your research led you to understand what this study demonstrates, that our metabolisms don’t start to slow until we hit age 60?

I sound like a broken record, but it’s all about exercise. That's the rub. This comes back to what I say all the time, you have to maintain muscle mass as you get older. It is critical. This study just backs up what I’ve been saying, that it’s actually more important for older folks to exercise than younger folks.

For instance, take a look at the changes in metabolic rate that they’re talking about in the study. They break it into four categories: birth to one year old, which has an incredible increase in metabolic rate, which makes sense, because you're piling on all kinds of new muscle tissue.

But again, exercise can help restore that, or at least stop how rapidly it goes down. There’s really not much you can do to stop it, because for some reason, by nature, or by God's intervention, whatever it is, age 60 is when you start to see these motor neurons die off and the subsequent loss of muscle mass.

What should we take away from their – and your – conclusions about aging?

It’s really important for older folks to maintain muscle mass as best as they can. This is why experts in the field now believe resistance training, like weight lifting, is more important than aerobic training for older people. Maintaining that strength allows them to keep doing activities of daily living, like climbing stairs, getting in and out of cars, carrying groceries, etc.

And this applies more broadly, to all Americans. I started studying the effects of exercise in the mid ‘90s. This was when they first came out with health-related exercise prescriptions – and that was not training for the Olympics, or even the local varsity team, but just to stay healthy.

We found that for this small amount of exercise, you gain the lion's share of benefit. When I first started this research, just under 25% of Americans did the bare minimum of activity that you had to do to get a health benefit. That’s like 20 minutes here, 20 minutes there, we’re talking like mowing the lawn or walking around the grocery store. That was two, three decades ago, and now, it’s about 23% doing the bare minimum.

We’re not getting that message across, or at least people aren't adopting the message. We know what it takes, people just aren’t be able to do it, or want to do it. And that's where we're failing as a field, making people jump on board with taking care of their bodies. I’m hoping this study will help drive that point home.