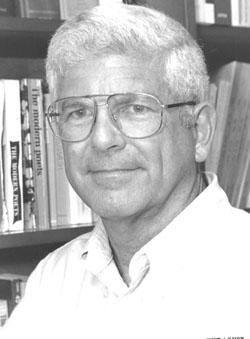 I write with great sadness to share the news that John H. Willis, Jr., who retired from William & Mary in 2002 after a distinguished 43-year career, passed away Friday morning, June 29, at MCV in Richmond.

In 1959, Jack began teaching as an instructor at William & Mary after earning his B.A. in English at the University of Virginia in 1951, serving in the U.S. Navy for three years, and pursuing graduate study at Columbia University. He left William & Mary in 1961 to undertake doctoral work at Columbia, returned the next year  as assistant to President Davis Y. Paschall and as Instructor of English, and was awarded a Ph.D. with distinction from Columbia in 1967. In 1964 he was appointed Assistant Professor of English and was promoted to Associate Professor in 1967 and full Professor in 1977. His first book, William Empson, based on his dissertation, was issued by Columbia University Press, and in 1992 his second book, Leonard and Virginia Woolf as Publishers: The Hogarth Press, 1917-41, was published by the University Press of Virginia. In recognition of his scholarship, teaching, and service at the College, Jack was appointed Forrest D. Murden Professor of English, a position he held from 1991 to 1996. In his last decade of teaching he received a slew of awards, including the Thomas Jefferson Award in recognition of his long-term service to the College (1997) and the Thomas Graves Award for Sustained Excellence in Teaching (2001).

Throughout his years at William & Mary Jack worked in several administrative capacities – as Administrative Assistant to the President (1962-65), as Associate Dean of the College and as Assistant Vice-President for Academic Affairs (1967-1972), as Acting Dean of Graduate Studies, and as Branch College Liaison Officer from 1968 to 1972, during which time Christopher Newport emerged as a four-year institution. From 1985 to 1989 he served as Chair of the Department of English during a time when the department began to hire a significant number of women faculty for the first time. He also served on virtually every significant committee in the English Department, the Faculty of Arts and Sciences and College, including the Ferguson Publishing Seminar Committee, the Procedural Review Committee, the Faculty Affairs Committee, the Faculty Assembly, and the Advisory Committee on Promotion and Tenure, which he chaired from 1991 to 1993.

As Jack emphasized in a 2006 interview available in the College’s Special Collections Research Center, his first love throughout his career remained teaching, and legions of students in the classroom and in the Christopher Wren Association, through which he offered courses nearly every semester for the past ten years, can testify to his energy and dedication. A specialist in modern poetry and modern British literature, Jack was famous for courses on every level, from freshman writing classes to graduate and senior seminars on James Joyce, W. B. Yeats, and Virginia Woolf. He was awarded the Alumni Teaching Fellowship Award in 1981, and right up to his retirement received enthusiastic accolades from his students. Not one to rest on his laurels, Jack continued teaching in the Christopher Wren Association, where his classes on James Joyce, Seamus Heaney, Joseph Conrad, Shakespeare, Chaucer, and T. S. Eliot’s poetry always attracted full classrooms and long waiting lists.