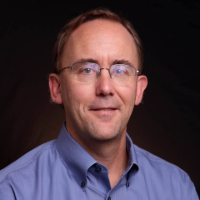 Chris Howard has worked at William & Mary since 1993. His expertise is in American politics and public policy, especially social policy. He is the author of The Welfare State Nobody Knows: Debunking Myths About U.S. Social Policy (2007) and The Hidden Welfare State: Tax Expenditures and Social Policy in the United States (1997), both published by Princeton University Press. He is one of three editors for The Oxford Handbook of U.S. Social Policy (2015), which includes contributions from political scientists, historians, sociologists, and economists. His current book project is titled "Who Cares: The Social Safety Net in America," which is under contract with Oxford University Press. His current book project is about the social safety net, public and private, which is under contract with Oxford University Press. Chris has also published scholarly articles in the American Political Science Review, Journal of Policy History, Political Research Quarterly, Political Science Quarterly, Public Administration Review, Public Opinion Quarterly, and Studies in American Political Development. Recent course offerings include The American Welfare State, Research Methods, Policy History, and The War on Poverty. Since 2012, Chris has been involved with the WMSURE program as a Faculty Mentor or Faculty Fellow.

In 2009, Chris won an Outstanding Faculty Award from the State Council of Higher Education in Virginia, which recognizes excellence in teaching, research, and public service. Chris was the first member of his department to win this award. That same year he was selected as a member of the National Academy of Social Insurance. Chris has also won a Plumeri Award for Faculty Excellence, a college-wide teaching award from the Society of the Alumni, as well as research fellowships from the National Endowment for the Humanities and the American Council of Learned Societies. For 2019-20, he served as president of the Public Policy section of the American Political Science Association.