The following story originally appeared in as an online exclusive for the W&M Alumni Magazine. - Ed.

Stepping onto William & Mary’s campus in 1963, George Miller had no intention of coming back for two additional degrees and staying almost a decade in Williamsburg. Originally a chemistry major, Miller took a physics class his sophomore year and was hooked. Fast-forward 58 years, and he is now the recipient of the prestigious John S. Foster Medal — an honor which recognizes innovative leadership in providing a safe, secure and effective nuclear deterrent to ensure international peace and strategic stability.

“My sophomore year, I had a class with Bob Welch, who ended up being my Ph.D. advisor. He was a wonderful person, a fantastic teacher, and I found the subject so interesting,” says Miller. “The relationships I made with my professors in undergrad carried over into graduate school. The size and quality of the physics department were a perfect fit.”

Miller also appreciated the foundation W&M gave him in the liberal arts.

“All of the liberal arts subjects are essential to understanding how the world works and how to think about the world. For my job, you need to have an understanding of history, of governments and societies, of people. All of those things are incredibly important,” says Miller. 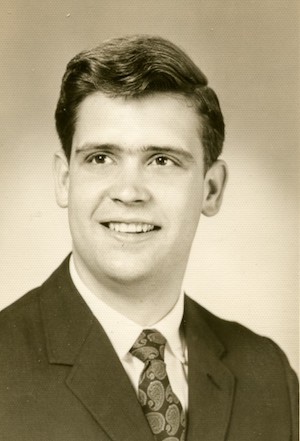 After his doctorate, Miller joined the Lawrence Livermore National Laboratory in California as a physicist. In 1980, he was promoted to program leader for all thermonuclear design and computational physics development. In 1985, he became an associate director in charge of the nuclear weapons program.

He left the West Coast for Washington, D.C., in 1989 to serve as the special scientific adviser on weapons activities to Secretary of Energy Adm. James Watkins.

“Most of my work in the Lab was highly technical. When you work in Washington, a lot of the efforts are centered around communication and collaboration. It was a very valuable experience; you learn how the various national security elements of the Federal Government actually mesh together,” says Miller.

“My original intention when hired was to only stay on the West Coast for a few years and then move back east. I enjoyed the work so much, I decided to stay,” says Miller. “Many of the Laboratory’s programs, including climate science, non-proliferation, energy security and biology, are outgrowths of the nuclear weapons programs; they are connected at the basic science and technology level. Starting in the nuclear weapons program, you quickly become engaged in the broad aspects of national security. It’s strange to think about, but nuclear weapons are something we actually use every day, in the sense that every day they help to deter aggression.”

Due to his outstanding contributions to this field, exceptional leadership in scientific, technical and engineering development and policy formulation in support of U.S. nuclear security, Miller was this year’s recipient of the John S. Foster Medal. According to a press release by the Lawrence Livermore National Laboratory, recipients display the same qualities that have distinguished Foster throughout his career: strong national security and programmatic focus, inspiring leadership and team-building mentorship, scientific innovation, keen judgment and integrity.

In his decades working at the lab, Miller’s job has evolved as world powers have shifted.

“During the Cold War, we could focus primarily on the Soviet Union. The country was united in addressing that threat, and we had a huge economic advantage — not so today. We are faced with a host of other countries and groups that are seeking to undermine the rule-based, democratic world order we helped create at the end of World War II. The country is horribly divided and focused inward, unable to even agree on the threats posed by climate change or pandemics.”

“It’s a great incentive to come back to campus. I try to provide some insight and advice from my experiences. Meeting some of the current students is always a real pleasure. Ultimately, it’s great to be able to give back to the College,” says Miller. He and his wife, Sue, are creating the George H. Miller Physics Student Research Endowment through their estate plans, which will provide for faculty-advised undergraduate summer research opportunities in the physics department.

“That is really at the heart of what this country is. People who are willing to dedicate themselves to the greater good and service to our country. I think this issue was brought out very clearly to me while at W&M and with my work at the Lab,” says Miller.