A study led by William & Mary Assistant Professor of Economics Peter Savelyev and funded by the National Science Foundation argues that college education leads to healthier and longer lives.

The study, “Understanding the Mechanisms Linking College Education with Longevity,” was published in September in Journal of Human Capital.

Researchers around the world still debate whether education affects health. Savelyev and his team support the claim that education improves heath by demonstrating the mechanisms behind this effect while using state-of-the art statistical analysis. 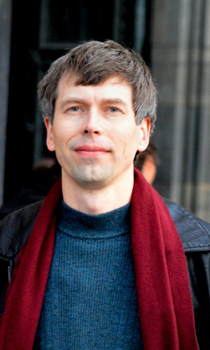 “In our paper, we show that education increases health and longevity though healthier lifestyles, superior earnings and better work conditions,” he said.

Savelyev and his co-authors examined data obtained from men and women who graduated from high school in Wisconsin in 1957. This specific timeframe was important to allow for data collection on at least a partially deceased U.S. cohort.

William & Mary News recently spoke to Savelyev about this study. The interview has been edited for length and clarity.

Could you elaborate on the mechanisms that contribute to the effect college education has on better health?

Variables related to healthy lifestyles that proved to be important are participating in physical exercise, maintaining a healthy body weight and abstaining from smoking tobacco. We also study the role of extremely dangerous work conditions, such as cutting trees or being exposed to infectious diseases. Educated people are less likely to face such jobs. The work conditions mechanism does not necessarily imply diminishing job-related risks for the general population, but it is a personal benefit for those who study hard and receive advanced degrees.

How impactful are healthy habits that are developed during college years?

It is well known that many essential life determinants emerge early in life. Later in life, things are harder to change. College education is a powerful contributor to human development that increases health and longevity, among many other good effects, and it should be supported in situations when free market solutions do not work well enough.

Is it difficult for persons later in life to develop those healthy habits?

Our simulations demonstrate that major health differences created by college education are hard to close later in life, even by strong hypothetical policy interventions, such as greatly increasing taxation of cigarettes.

Does your study help explain why?

Partly, this is because the effect of education is strong, and it works through many different mechanisms. It is not easy for an intervention that targets just one specific mechanism to overcome a strong effect created through dozens of mechanisms. Also, some policies, such as taxation of cigarettes, affect behavior of both the college-educated and those who did not go to college, so the effect on the difference between these two groups is small.

Is there a major gender difference in the effect of education on longevity?

We find that obtaining a bachelor’s degree leads to about three additional years of life for men. However, we could not find any effect of college education for women, who live longer than men regardless of their education status. We identified from our data two mechanisms that partly explain the gender difference. One is that men tend to take more dangerous jobs than women. Another is that educated women of this historic cohort – born in late 1930s in Wisconsin – were less likely to be married, which created a negative contribution to their longevity that masked a positive contribution related to higher income. Marriage is good for your longevity. Since a negative effect of college education on marriage no longer takes place for more recent cohorts of women, we can expect a stronger effect of college on their longevity, as confirmed by our simulations.