The following story was originally published by the W&M Alumni Magazine. - Ed.

Dr. Lisa A. Jackson ’84 has conducted numerous vaccine studies, but the task before her in March was different — the timing compressed, the stakes higher — when her team launched one of the first human clinical trials for a vaccine to block infection from the virus that causes COVID-19.

In the face of a global pandemic, this vaccine represented hope.

“We’ve had training in emergency response, but nothing compares to what we’re experiencing currently,” she said, three months after the trial began at Kaiser Permanente Washington Health Research Institute in Seattle, where she is a senior investigator. “The magnitude of illness and death is much more than we’ve seen before.” 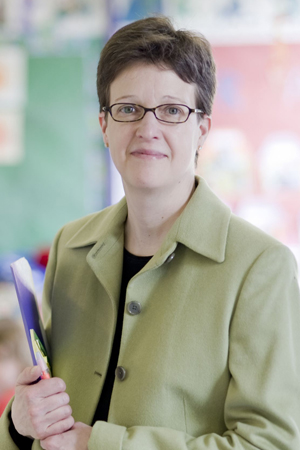 In the United States, the Centers for Disease Control and Prevention confirmed the first case of COVID-19 in Washington state on Jan. 21, involving someone who recently had returned from Wuhan, China. As of Sept. 29, there had been over 205,000 deaths in the United States and 1 million globally resulting from the severe acute respiratory syndrome coronavirus 2 (SARS-CoV-2), which causes the disease.

Development of a vaccine usually takes years, sometimes a decade or more. But the vaccine developed by Massachusetts-based Moderna Inc. in partnership with the National Institutes of Health moved to a human clinical trial in record time. Phase 1 of that trial, the part Jackson is leading, began just over two months after Chinese authorities shared the genetic sequence for the new coronavirus on Jan. 11 and the NIH and Moderna researchers finalized the sequence for the new vaccine on Jan. 13.

On March 16, as many schools and businesses closed and the number of COVID-19 cases climbed, Jackson’s team began injecting the first 45 participants in Phase 1 of the clinical trial for the vaccine called mRNA-1273. It uses genetic material copied from the coronavirus, “messenger RNA,” to instruct cells to create spike proteins that imitate the virus, triggering an immune response through the production of antibodies. Unlike most vaccines, it doesn’t use a form of the actual virus.

Phase 1, which evaluates the effects of two doses of vaccinations at three different levels on healthy adults, will follow participants for 13 months after each one is first vaccinated, but Moderna released preliminary results on May 18 and moved forward with subsequent phases of the clinical trial, running them concurrently with Phase 1.

“The preliminary results indicated that we did not identify any safety concerns thus far and it seemed like the vaccine was inducing an immune response,” Jackson said of the first 45 participants, comprising healthy adults between ages 18 and 55.

That was encouraging news for her team, which has expanded from a core group of 10 to about 30 members for the duration of the trial. In the weeks leading up to the first vaccine injections, the staff had been working around the clock preparing research, The Associated Press reported. In a March interview with the AP, Jackson said it was unprecedented to go from not even knowing the virus existed to having a vaccine ready for testing in two months. Emory University joined the Phase 1 study in late March to avoid dependence on a single location, and the trial was expanded from the original 45 participants to 155, including 75 who are between ages 18 and 55, and 80 who are 56 or older. A third testing site, the NIH Vaccine Research Center, was also added.

Notwithstanding the extraordinary circumstances surrounding COVID-19, Jackson relies on her knowledge as an infectious diseases epidemiologist and her experience from conducting vaccine trials at the Kaiser Permanente Washington Health Research Institute for two decades and working on NIH-funded trials since 2007. Previously, the institute has studied potential vaccines for H1N1 virus (also known as swine flu), human papillomavirus (HPV), bird flu, hepatitis and Tdap (Tetanus, Diphtheria, Pertussis), among others.

“The basic functions — participants, vaccinations — are what we’re used to doing in studies,” she said. “I have a very competent and experienced staff, and we’ve trained some new members on these procedures. You have to carefully follow the participants and document everything appropriately so the results can be relied upon.”

“We’re happy to use our experience and our capabilities to assist in these efforts,” she said. “Everybody wants to do their part. We really feel grateful to be part of the team and provide our efforts and expertise to the overall goal.”

Jackson, who majored in biology at William & Mary before earning a medical degree at the University of Virginia and a Master of Public Health at the University of Washington, said she spent much of her childhood living outside the United States. Her father, L. Richard Jackson, was a diplomat whose work in the U.S. Foreign Service took their family to posts in countries including Switzerland, Pakistan, Malaysia and India, where she attended an international high school. Living abroad gave her a global perspective at a young age.

At William & Mary, her interest in science was nurtured through small classes and by getting to know faculty members individually. She worked as an office assistant for Lawrence Wiseman, then the biology department chair and now a professor emeritus, and says he was especially influential. Wiseman also advised her on her senior thesis about cell adhesion, for which she studied embryonic cells from fertilized chicken eggs.

“I was really happy, though not surprised, to hear about Lisa’s impressive work on the new mRNA protocol to produce a COVID-19 vaccine,” Wiseman said. “She was absolutely one of the most independent and energetic students to work in my laboratory, and I am pleased that we played at least a small part in her early scientific development.”

Jackson cautioned that the preliminary Phase 1 results didn’t determine whether the vaccine would work to prevent infection. Phase 2 of the clinical trial increased the number of participants to 600, who began receiving doses of the vaccine on May 29 at eight research sites, to further test for safety and immune response.

On July 27, the vaccine testing moved to Phase 3, involving up to 30,000 people in placebo-controlled trials at 100 locations across the United States, including areas heavily affected by the virus. While Jackson’s team continues to monitor Phase 1 participants, Kaiser Permanente Washington is also one of the sites participating in the Phase 3 trial of the Moderna vaccine.

This latest phase will analyze whether the vaccine prevents people from becoming sick with COVID-19 and whether it improves the outcome for those who already have symptoms of the disease. Initial results from Phase 3 are expected by November, and company officials have said 20 million doses of the vaccine could be ready by the end of the year. Pending approval by the U.S. Food and Drug Administration, Moderna expects to be able to produce between 500 million and 1 billion doses per year starting in 2021.

In August, the company announced that the U.S. government has reserved 100 million doses of the vaccine for $1.5 billion. Moderna is also poised to supply 80 million doses to the European Union and 40 million to Japan. Moderna could become the first company to license an mRNA vaccine for human use.

Around the world, 42 potential vaccines are in human trials and 11 have reached large-scale Phase 3 tests, according to the New York Times’ coronavirus vaccine tracker data as of Sept. 29. NIH Director Francis Collins told a U.S. Senate committee Sept. 9 that he has "cautious optimism" that one or more of the coronavirus vaccines under development will be ready by the end of the year.

Signs appear promising for the vaccine Jackson is studying. She is the lead author of a report on the preliminary results that was published in the New England Journal of Medicine on July 14, and she was quoted in subsequent news reports on CNN, Reuters, the AP and Time magazine.

“We saw robust responses after the second vaccination,” Jackson said in Time’s article. “It seems that two doses are needed, which is what is expected from this type of vaccine and from a vaccine against an emerging virus that hasn’t been present in the population. The immune system needs to be set up by the first dose to then respond more vigorously to the second one.”

Jennifer Haller, the first participant to receive a vaccine dose in the Phase 1 study, told Time, “I hope that we get to a working vaccine quickly and that we can save lives.”

Asked how she feels about her role in a study with such potential impact on the world, Jackson said simply, “I’m grateful to be part of it.”