While William & Mary will soon be saying goodbye to Phi Beta Kappa Memorial Hall in its current condition, the history and legacy of the building will not go unremembered.

The hall will be closing by June 1 to be renovated in conjunction with the construction of a new music building, with a projected completion date of December 2020. The closing has sparked efforts to preserve and memorialize the building’s rich history. 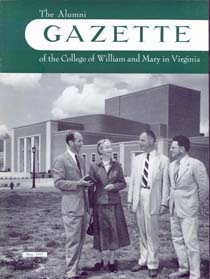 The first Phi Beta Kappa Memorial Hall at William & Mary, rebuilt today as Ewell Hall, opened in 1926 and was damaged by fire in 1953. The modern Phi Beta Kappa Hall opened in 1957 with a performance of Romeo and Juliet. Andrews Hall was constructed and connected to the building in 1965.

As the home for the Department of Theatre, Speech and Dance and a performance venue for both that department and the Department of Music, the hall has served as a teaching space and launching pad for the careers of some of W&M’s most notable alumni in the arts, including actresses Linda Lavin ’59 and Glenn Close ’74, costume designer William Ivey Long ’69 and television writer and producer Bill Lawrence ’90 among countless others. 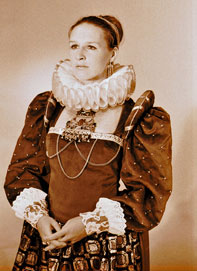 It has also played host to performances by multiple student groups, including the Sinfonicron Light Opera Company. W&M’s studio radio station, WCWM, operated from the building from 1959 until 1986 when it moved to the Campus Center.

In addition, the building has been a gathering place for the community, serving as the venue for such events as W&M’s Charter Day ceremony (until 2011), Virginia Regional Ballet’s production of The Nutcracker and the Virginia Shakespeare Festival, which produced 38 seasons of live professional theatre in the space until the festival suspended operations in 2017. Myriad guest speakers have also graced the stage of PBK throughout the years, most recently award-winning transgender actress Laverne Cox who gave the 2018 Atwater Lecture. 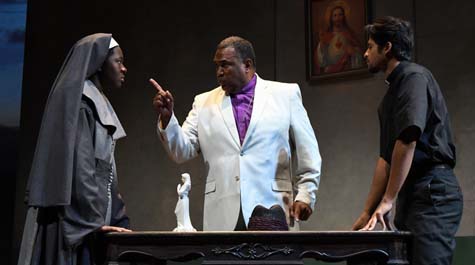 The hall has also served as the location for nationally notable events, including a 1976 presidential debate between Jimmy Carter and Gerald Ford, the Democratic Party debate of the 1982 presidential campaign and, just last month, a live CNN town hall event.

“Like the spirit of William & Mary, it’s about embracing anyone who needs it,” Gunter said.

Among its many purposes, Phi Beta Kappa Memorial Hall has also functioned as the official meeting place for the Alpha Chapter of the Phi Beta Kappa honor society, in the renowned Apollo Room.

Founded by William & Mary students on Dec. 5, 1776, Phi Beta Kappa — the oldest academic society in America — initiated gatherings in the Raleigh Tavern of Williamsburg where members discussed matters of politics, religion, social morality and economics. These topics, having been debated during the period of the Revolutionary War, were especially volatile; the dialogue of the founding members was grounds for imprisonment or persecution.

According to Matthew Allar, associate professor of theatrical design in the Department of Theatre, Speech, & Dance and previous vice president of the Alpha Chapter of Phi Beta Kappa, these dangerous yet vital deliberations represent the essence of the liberal arts model William & Mary has long embraced.

“At the end of the day, Phi Beta Kappa as an organization speaks to the bedrock of how William & Mary views its commitment to the liberal arts education,” Allar said. “Phi Beta Kappa was created and preserved by William & Mary students in times under great duress. Members worked with other students at universities across the nation to keep this tradition alive.

“The idea of a lifelong pursuit of learning, understanding and scholarship is crucial. It’s genuinely a big deal that William & Mary was at the beginning of that tradition.” 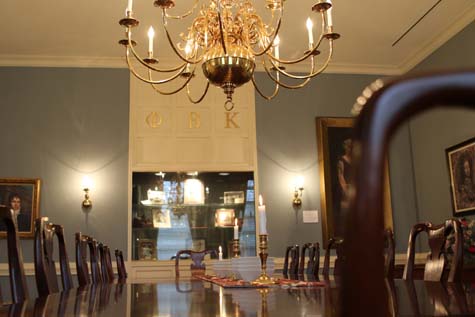 The original Raleigh Tavern burned down in 1859. It was rebuilt during the Colonial Williamsburg restoration in the 1930s, and members of the Alpha Chapter once again held meetings there until they could no longer due to capacity. When the first PBK Hall (now Ewell) was constructed at W&M, an Apollo Room was included in it. However, that structure also suffered fire damage, and so a third Apollo Room was included in the modern PBK Hall. While it fell into decay, a campaign to revive it was launched in the 1980s, and the renovated room, which includes a chandelier and other elegant furnishings, was dedicated in 1989. A door on the outside of PBK Hall marks the entrance to the room.

For nearly 30 years now, members of the Alpha Chapter have used the updated space to conduct business, hold elections and host visitors. Having welcomed Chancellors Sandra Day O’Connor and Robert M. Gates ’65, L.H.D. ’98, for their inductions and generations of Phi Beta Kappa members for continued debate on contemporary political issues, the Apollo Room has epitomized the tenants of interdisciplinary study and intellectual inquiry, said Allar.

As Phi Beta Kappa Memorial Hall is renovated, and with it the eminent Apollo Room, faculty and staff at William & Mary are working to preserve the resilient tradition that the space has long exemplified. Gunter explained that the building’s history of performing arts will be memorialized primarily through the archiving of photography. 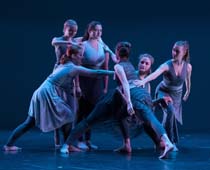 “We have an amazing collection of photographs from every production that’s ever been done here,” Gunter said. “I’m in the process of working with Swem to preserve and archive these photos through a giant database. The hope is that, in the new building, serving the 21st century, we’ll display digitized versions of those photos.”

Allar explained that the Alpha Chapter of Phi Beta Kappa is also preserving its rich history by housing artifacts, portraiture and reliquary in University Archives at Earl Gregg Swem Library. The Apollo Room will return to its former home in Ewell Hall.

Despite the changing space, Allar is confident that the tradition of resilience and fortitude characteristic of Phi Beta Kappa, and the university, will continue into its next chapter.

“Freedom of thought is not easy to keep free,” said Allar. “Under different times, it’s very difficult to maintain an active pursuit of eclectic and inclusive thought.

“To continue to affirm that the college, our student body and our faculty and staff are genuinely committed to that sort of rigorous investigation requires resolve and resilience. I think that resilience is at the heart of what the chapter embodies.”