The human brain is hardwired for resilience, to adapt and make sense of the incomprehensible. For members of the military who have served in combat zones, that cognitive plasticity is tested to the limit – and sometimes beyond.

“The very nature of working in combat theatres means military personnel are thrust into situations where they make difficult decisions, where they must do things that go against their moral upbringing,” said Adrian Bravo ’12, assistant professor in William & Mary’s Department of Psychological Sciences. “For instance, what happens when there's a child soldier trying to kill you — and you kill them? You know on a deep level not to kill children, so how do you grapple with that decision?” 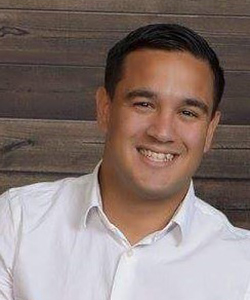 Bravo says the internal conflict between doing what is required in combat and doing what is moral is an understudied, but vitally important aspect of military psychology. He explains that failure to make sense of such moral dilemmas can lead to the development of moral injury, a condition that leads veterans to harbor a deep sense of guilt, shame and anger.

“While there's no set definition of moral injury, there are a lot of agreed upon symptoms,” Bravo said. “Our research has not only shown that moral injury is a unique kind of construct compared to Post-traumatic Stress Disorder (PTSD), but it has unique symptoms that materialize as various mental health problems, substance use problems and, particularly concerning, suicide ideation.”

The very notion of moral injury is a relatively new area of military psychological science, Bravo explained. Until recently, veterans suffering from moral injury were not diagnosed or misdiagnosed as having PTSD.

“They are not the same thing and for years they were treated as such,” Bravo said. “Even the symptom profiles differ, both in an ideological and neurobiological sense. Multiple research groups are now showing that, from a neuroscience standpoint, there's different activation within different brain regions when targeting each of these constructs.”

Bravo and his former graduate school professor, Michele Kelley, Health Psychology Professor at Old Dominion University, were recently awarded funding (Kelley is the principal investigator) by the National Institutes of Health to develop methods to better understand and treat moral injury. Their goal is to develop a mindfulness-based intervention, delivered online, to target moral injury in combat veterans.

“This grant is particularly focused on treatment development and intervention development,” Bravo said.

Bravo was born in Cuba and immigrated to the United States as a child. He grew up in Portsmouth, Virginia and went to William & Mary for college, where he double majored in psychology and history. He went on to earn his Ph.D. in experimental psychology from Old Dominion University. He then completed a three-year, postdoctoral research fellowship at the Center on Alcohol, Substance Use, and Addictions before returning to his alma mater as a member of the faculty.

“My background is really in understanding addiction, so this project is more of a personal kind of research for me,” said Bravo, who has one brother currently serving in the Army and another who is a veteran of the Marine Corps.

He explained that few evidence-based interventions have been developed to target symptoms of moral injury. In a series of studies with combat wounded veterans and community veterans, their research team has demonstrated that mindfulness moderates (i.e., weakens) associations between moral injury symptoms and negative mental health outcomes. Their research team has also demonstrated that combat-wounded veterans are willing to take part in a mindfulness-based moral injury intervention, especially if administered online.

The NIH grant will fund the development of an instructor-delivered, six-session mindfulness program, designed to addresses the psychologically painful symptoms (e.g., guilt, shame) characteristic of those with moral injury. The program will then be piloted with one group of eligible combat veterans to generate qualitative feedback, which will be used to revise the program before releasing to a larger audience of combat veterans.

The overall goal is to lay the groundwork for a large-scale randomized controlled efficacy trial, Bravo said, adding that the work has potential to provide a novel and flexible form of treatment for combat veterans experiencing moral injury symptoms.

“If our findings show that veterans liked the intervention, they found it useful and there was some reduction and negative outcomes, then we will apply for a much larger grant to actually do a full-blown randomized control trial to test, large scale, the efficacy of this intervention,” Bravo said.